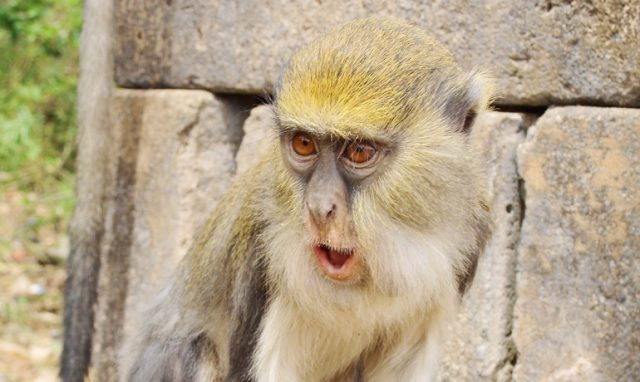 What ‘hok’ and ‘krak’ mean to monkeys

The structure of monkey calls is surprisingly sophisticated: The same species of monkeys—located in separate geographic regions—use their alarm calls differently to warn of approaching predators.

Life would drastically change if all bacteria disappeared

Living for a time without bacteria is possible, but probably not very pleasant. Humans could live bacteria-free, but would have to stay germ-free to stay alive, the study says. And if all bacteria disappeared from Earth, “We predict complete societal collapse only within a year or so, linked to catastrophic failure of the food supply chain. Annihilation of most humans and nonmicroscopic life on the planet would follow a prolonged period of starvation, disease, unrest, civil war, anarchy, and global biogeochemical asphyxiation,” according to the study.

Double amputee Les Baugh is the first to simultaneously control two prosthetic arms with his mind. He underwent targeted muscle reinnervation surgery to reassign nerves and connect them with the prosthetic arms through custom sockets.

The Times of India

Bizarre fish in Mariana Trench is deepest ever recorded

A strange-looking fish previously unknown to science has been recorded at a record-breaking depth along with other deep-sea life during an expedition to the Mariana Trench. The fish was viewed by an unmanned lander at a depth of 8.145 metres.