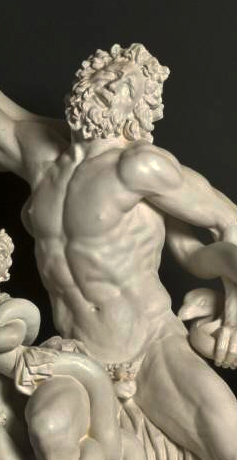 True empathy is considered by most researchers to be an exclusive ability of primates, particularly humans and apes, the result of complex reasoning and abstract thought. However, empathy may be a phylogenetically continuous ability with particular types such as «emotional contagion» present in all classes of mammals. In fact, it has been shown that empathy requires no specialized brain area and the brain simply transforms what we see into what we would have felt in the same situation (we slip in the other man’s shoes!).

As part of his efforts to include humans and other animals in the family tree of evolution, Darwin argued that non-human animals can also express emotions with their face and body. It was shown by Langford et al. (2006) 1 that empathy does indeed exist in mice, demonstrating that the real-time observation of pain in one mouse affect the responses of its conspecifics to painful stimuli. Mice tested in dyads and given an identical noxious stimulus displayed increased pain behaviors, showing that their pain behaviors were influenced by those on their neighbors and vice versa.

Rodents make grimaces in response to pain, similar to those in humans, maybe expressing their emotions through face and/or body language. They demonstrate their anguish and fear through narrowed eyes, flattened ears and a swollen nose. However, it has been discussed whether these facial expressions convey anything to other animal or if they are pure physiological responses devoid of meaning. On the other hand, rodents are mostly «olfactory animals» and therefore it is not clear whether the emotions are transferred via seeing the suffering partner or through other sensory modality, i.e. noticing «the smell of fear», pheromone signaling or ultrasonic sounds. Satoshi Nakashima, a social cognition psychologist at NTT Communication Science Laboratories in Kanagawa, and his colleagues tried to answer2 these questions.

Third, they designed a cage with three different chambers. The central compartment connected the other two and in one of these, they attached photographs of the three rats with pain expression on each wall, whereas in the other one they put on each wall the photographs of the animals with neutral expression. Similar disposition was done for the five sets of images. They used 104 rats, of the same sex (male), of similar age (8-12 weeks) and weights (230-340 g) and that were naïve, i.e. that they have not participated in any previous experiment.

These conclusions seem to contradict a previous study by Langford et al. (2010) 3 that showed that mice tend to approach other mice that have been injected with a painful stimulus, i.e. an intraperitoneal injection of acetic acid. They observed a sex-specific effect whereby female, but not male, test mice approached a familiar same-sex conspecific in pain more frequently than an unaffected familiar or unfamiliar, but affected, conspecific. This effect also happened in female mice lacking the oxytocin receptor, suggesting that despite the numerous references relating oxytocin with affiliative and pair-bonding behavior, the pain-related social approach may not be mediated by oxytocin. Furthermore, they found that the frequency of contact by the test mouse was negatively correlated with the pain behavior of the jailed mouse, suggesting that proximity of a familiar unaffected conspecific may have analgesic properties.

The difference can be in the type of painful stimulus. In the study by Lanford et al. (2010) the injection caused an internal physiological driven pain whereas Nakashima and his group used electrical foot shocks, and exogenous cause. Although it is always dangerous to ascribe intentions to animals, caring in the former case, may be considered without danger to the carer, whereas in the latter group, caring behavior might carry a risk, i.e., the carer may receive a similar electrical shock. The hypothesis proposed by Nakashima is that rodents might discriminate the type of expression from discomfort caused by internal or external causes and adequate their behavior to both types of painful situations.

These studies should probably be replicated under different circumstances and different groups of animals. In humans, the ability to recall emotional events is different among persons. It seems that good and bad moments in life trigger the release of noradrenalin, which stimulates memory storage and this is done through ADRA2B, the gene that codes for the noradrenalin receptor. Different variants of this gene may explain why there are people more or less able to recall emotional situations, showing different degrees of response, and showing different levels of empathy.

It can be concluded that rats may use visual emotional signals from conspecifics to adjust their behavior in an environment to avoid a potentially dangerous place. Therefore, emotional expression in rodents, rather than just a mere «show» of emotional states, might have a communicative function.

Cell therapy as a cure for chronic pain