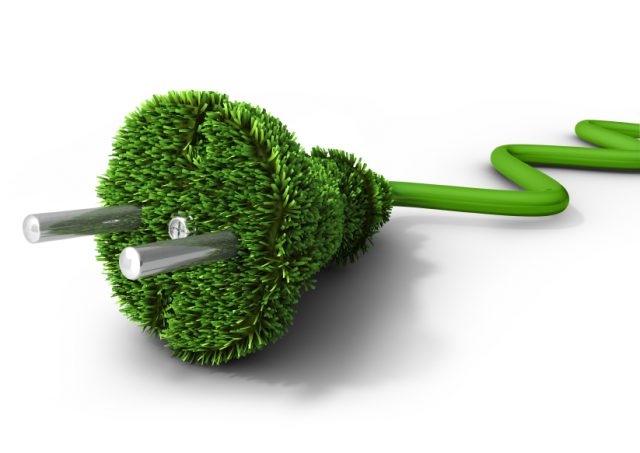 Energy sources in the modern world are mostly based on fossil fuels like oil, natural gas, and coal. They all share two main characteristics of the utmost importance for their economic analysis. First, they are depletable resources. The amount of reserves for these resources may be small or large, but definitely not large enough to sustain more centuries of economic activity unless demand for energy decreases to ridiculously low levels. Second, their use frees large amounts of CO2 into the atmosphere that cause climate change at a large economic cost. There are other characteristics, like the oligopolistic market for some of those sources and the pollution caused by their use, but we will focus on the first two.

If only the first problem were present, the market price for a fossil fuel will increase as its scarcity increases, making the use of more expensive, clean energy sources more profitable. The rate of substitution would depend on how fast the fossil is being depleted, and how the technology for clean renewable sources develops and becomes cheaper. There are some reasons why this process may not be efficient, besides the obvious miscalculations of reserves and future technology (even, in this case, it could be argued that it is efficient given the expectations). Probably the most important one is the inertia in the use of a certain technology, that makes shifting to a new one incur in a coordination problem: the cost of the current and new technology matters, but also matters the number of people using the old technology, and all the economy attached to it. This is a theoretical possibility, and whether it is important in the transition to a clean technology is a matter of empirical research.

If in addition, we have the second problem of carbon emissions we can say for sure that the pace of the transition will not be efficient as long as the costs of these emissions are not internalized by the users in the form of a carbon tax or of an emissions market. The transition will not be efficient because the use of fossil fuels is not currently efficient. In the absence of inertia or path dependence technological problems, the internalization of the emissions costs (via taxes or an emissions market) should be sufficient to move the economy into the optimal transition path.

Acemoglu et al. (2016) 1 combine these two aspects to produce a model in which to estimate the optimal policy for the transition to a clean technology. The first task is to specify a model that has both clean and dirty technologies competing in different sectors. Given carbon taxes, final good producers choose which technology to utilize and also decide whether to conduct research to improve clean or dirty technologies. The way research affects improvements is gradual with a small probability of a breakthrough that will build on and surpass the other technology (typically it will be the clean one that starts behind). Innovation has thus the following feature: when clean technology is far behind, most research directed to that sector will generate incremental innovations that cannot be profitably produced unless there are very high levels of carbon taxes. However, if clean research can be successfully maintained for a while, it gradually becomes self-sustaining as the range of clean technologies that can compete with dirty ones expands as a result of a series of incremental innovations. There are two important consequences of this modeling. First, its parameters can be estimated for the American economy and, second, the technological inertia is present and is inefficient only if carbon emissions are negative externalities. This means that the model, if anything, is loaded against finding reasons to subsidize research in the clean technology, as there is one less reason to subsidize it. The result is a tractable but rich model of competition between dirty and clean technologies building on the literature on step-by-step competition as in Harris and Vickers (1995) 2, Aghion et al. (2001) 3, and Acemoglu and Akcigit (2013) 4, with the microeconomics of innovation, employment, and output dynamics building on Klette and Kortum (2004) 5.

The estimation of the parameters uses micro data on R&D expenditures, patents, sales, employment, and firm entry and exit from a sample of US firms in the energy sector for the 1975-2004 period. Of special importance are the parameters that define the gap between the clean and the dirty technologies. The model fits the data well for the cases from which the data have been obtained but also for a rich and diverse set of moments not targeted in the estimation, which shows its robustness.

In terms of counterfactual policies, the authors investigate the welfare costs of just relying on carbon taxes and delaying intervention. Delaying optimal policy by 50 years has a welfare cost equivalent to a permanent 1.7 percent drop in consumption. The cost of relying only on the carbon tax, without any research subsidies, is similar (1.9 percent). Another useful comparison is made to current US policies, where they estimate the effective research subsidy from the differential between clean and dirty firms in their sample in the use of federally funded R&D expenditure. Utilizing this estimate and different values of effective carbon tax at the moment and its likely values in the future, their estimated optimal policies are quite different from their US counterparts, and they show that under current US policies, climate change dynamics will be significantly worse.

Craving for minerals: the delicate balance of the energy transition