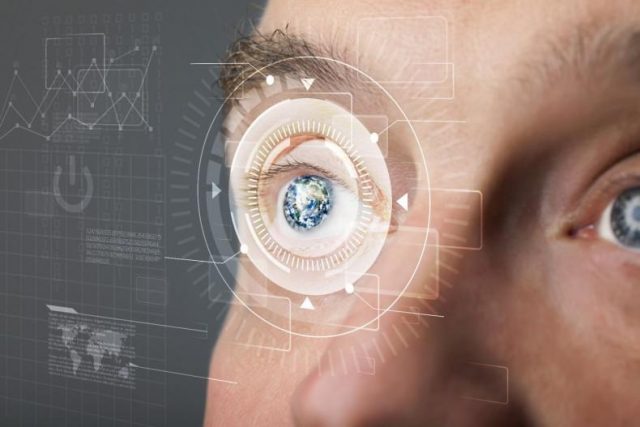 They say that Information is power. Probably because having the knowledge, when the data are correct, it is essential to anticipate the right move that will lead to success. Today, several decades into the information age seems to be no doubt about that. Regardless, in matters affecting our health we find a tangible example of how important is the right information at the right time. And in this respect, those instruments capable of measuring biological or biochemical parameters called biosensors emerged six decades ago as precious tools used from hospitals to training centers and lately even in some homes. Today, we are at the gates of the next level.

But long before the technology that monitors our pulse and follows our steps with new fancy wearables, various types of biosensors were invented. It was about the mid-20th century when the analytical techniques used to determine our biochemical parameters took a giant leap. In the early twenties, Jaroslav Heyrovský invented the polarography, revolutionizing analytical chemistry and founding the voltammetry. He was able to determine the concentration of chemical substances in a mixture using an electrode through changes in voltage. With that, in 1952, Leland C. Clark went a step further implementing an electrode able to measure oxygen concentrations in the bloodstream by developing the reference electrode to avoid huge measurement errors. Furthermore, Clark reasoned that such an electrode would also quantitate accurately oxygen involved in enzymatic reactions. Immediately, he invented the first properly named biosensor: the one for measuring glucose in blood by coupling a membrane embedded with the enzyme Glucose oxidase to the improved oxygen electrode. In such smart way, the amount of glucose in blood can be followed by a proportional decrease in oxygen concentration (Figure 1).

Since then biosensors have evolved increasingly smaller and capable of measuring many kinds of biological and chemical parameters in living beings. However, most of them, though spectacularly handy and impressively accurate, are still somehow invasive. In other cases they do not exist in an easy-to-carry form and data acquisition is relegated to specific times and places. Therefore, in an effort to go beyond those limitations for obtaining precious information, it has begun a thorough search of ways to quantify the biological parameters of the body noninvasively, anywhere at any time.

Few years ago the market started offering more confortable heart rate monitors able to read the pulse through a wristband and to calculate pretty good the VO2max without a cumbersome stress test. Almost at the same time, in 2014, Google launched its contact lenses capable of monitoring blood sugar noninvasively. In a stroke of reductionism only permitted by new materials and technologic progress, the people at Palo Alto fit a capacitor, an antenna, a controller and a biosensor in the thickness of a contact lens (Figure 2, upper panel).

Importantly, behind all this display of new technology, the key rests in the vast amount of data that have been collected over decades about analyte concentrations in different parts of our body and in those trials that have robustly correlated variations in any of those parameters as indicative of a particular physiological state (e.g. Figure 2, Table). So far, some of these analytes have been measured also using wearable biosensor prototypes ranging from textiles to tattoos. However, sometimes, the information provided by a single parameter is insufficient to draw conclusions or it would be better to know more at a time. In that direction has been working a team led by Wei Gao and Sam Emaminejad in Berkeley 1.

This team at Berkeley has recently developed a biosensor capable of measuring simultaneously and continuously temperature and concentrations of glucose, lactate, sodium, and potassium in sweat. This wearable integrates seven independent sensors (including two reference electrodes, one shared for glucose and lactate and other shared for sodium and potassium electrodes) and the circuitry necessary to transduce and process signals and to send the final data to a phone user interface by Bluetooth. All that, assembled in the space of a plastic flexible bracelet or a headband (Figure 3).

This multiplexed biosensor seems to perform accurate measurements of each analyse, without interferences from non-target electrolytes and metabolites and reasonable repeatability and long-term stability. That is possible in a wide temperature range (between 20 and 40 ° C) because the data of the two enzyme sensors (glucose and lactate) are calibrated by the microcontroller in real time taking into account the temperature readings. Otherwise, the enzymatic activity would increase with the temperature giving erroneous concentrations for glucose and lactate. With the only obvious disadvantage of the need of enough sweat for starting data collection, the on-body readings closely resemble those made in the traditional way using samples taken during the experiment (Figure 4). Furthermore, looking for a proof of principle, this biosensor is shown to be able to track precisely changes in those analytes over time in several subjects at different regimes of physical exercise. Getting even to anticipate the dehydration phase based on the profiles of sodium and potassium in those subjects who did not ingest liquids.

For the time being, this two wearable biosensors and a few more examples out there are able to do things that only two decades ago were hard to imagine. It is true that for the moment they are only prototypes and their current skills, though impressive, are not so needed when looking from our everyday perspective. However, glancing back it seems needless to say how important is the information provided daily by one of those “archaic” portable sugar testers used by part of that nine percent of the world population suffering of diabetes. Regarding health, these new technologies are likely to become an important supplement to laboratory analysis when not a replacement. Not only diabetes, drug addiction and a variety of affections (e.g. Figure 2 lower panel) could putatively find a simple and comfortable method for diagnosis, monitoring, and control. In addition, could be expected that the improvement of wereable biosensors set to the service of society simpler and more robust devices for general use. Its affordability will likely promote the realization of larger clinical trials with better monitoring over time. Thereby, gaining knowledge about whether and how different biological parameters correlate to the health or performance of large cohorts in time and space. Probably they will become as a GPS for our health and performance. Because it is true that without GPS we always reached everywhere. But if you do not know the way, with GPS, you get there usually more comfortable and sooner.

How is chromatin structured?