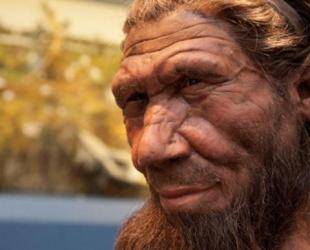 The finding that modern humans coexisted and mated with Neanderthals 50000 years ago was a breakthrough when it was announced in 20101. As a result of interbreeding, the genomes of all modern Eurasians contain a small Neanderthal DNA load that has been calculated to be between 1.5% and 4%. Most Africans, however, lack this DNA because the fun between Homo Sapiens and Neanderthals took place somewhere in Europe or Asia after modern humans left Africa.

Now, a study recently published on the impact of this DNA load2 shows that some Neanderthal gene variants can raise the risk of depression, skin lesions, blood clots, allergies and other diseases in non-African individuals. The authors of this study examined DNA and electronic health records from more than 28,000 Americans of European descent in order to determine what genes from our Neandertal ancestors were associated with diseases, and they found that genetic variants inherited from Neandertals are associated with a slightly increased risk of several disorders. Based on this, we might be tempted to blame our Neandertal ancestors of some of the diseases we suffer. Except that we probably shouldn’t.

One interesting finding was that Neanderthal variants don’t usually affect genes but DNA that influences where, when and how genes are activated. Thus, some Neanderthal genes are associated with long-term depression, but the risk of this disease in modern humans is also influenced by sunlight, and the Neanderthal variants most strongly associated with depression are located near circadian clock genes, which synchronize the body’s rhythms with daily environmental changes related to light –our circadian clock is what gives animals their natural tendency to wake up in the mornings and go to sleep in the evenings (or the other way around).

However, things are never either black or white only, and while we can blame our Neanderthal ancestors for making us more susceptible to certain illnesses, this inheritance sometimes may protect us against other or even the same conditions. Thus, whereas Neanderthal DNA is, in fact, to blame for about 1 percent of our genetic risk of getting depression, some bits of this DNA actually seem to protect against this disorder. Since genes are not passed as a whole through generations but DNA is shuffled during reproduction, whether a person is prone to depression will depend not only on the fact of having inherited Neanderthal DNA but on which bits they inherited.

Also, we should take into account the fact that modern lifestyles and environments are so different to the Stone Age that some feature that probably were beneficial genetic advantages in prehistoric times, might have become problematic nowadays. For example, Neanderthal DNA is associated with a disorder in which the blood clots too much, but this must have been helpful in the past when the fact that wounds closed quickly would for sure have been advantageous for survival.

Along the same lines, Neanderthal genes have also shown to be associated with malnutrition, but again, there is an explanation for this: some Neanderthal genes have been related to a deficiency in the thiamine transporter SLC35F3. Thiamine (vitamin B1) is crucial to carbohydrate metabolism for all cells, particularly those with higher energy requirements such as brain or gastrointestinal cells. Decreased expression of this transporter in the brain or gastrointestinal tract leads to levels of vitamin B1 lower than needed, which might cause malnutrition. But again, we shouldn’t blame Neandertals as much as the change in lifestyles: when Neanderthals were around and they ate unprocessed foods, thiamine availability reduction in foods was useful. Nowadays, however, modern diets have an increased demand of thiamine. The amount present in foods that have undergone grain-refining processes is not enough, and our increased intake of simple carbohydrates might be what actually makes those Neanderthal genes become potentially harmful, rather than the genes themselves.

On the other hand, it is also very important for us that some of the regions of the modern human genome rich in Neanderthal DNA contain immune system genes, therefore boosting the immune response 3. When modern humans migrated to Europe and Asia, they had to deal with new pathogens and illnesses they had never encountered in Africa. So the fact that our African ancestors spent a few nights with Neanderthals might as well have saved us thousands of years worth of evolution, mutations and natural selection.

So, as a conclusion, we can’t really blame our Neanderthal great-grandparents for the diseases we have or might have. Instead, we should thank them for an enhanced immune system although perhaps the combination of their DNA with our modern life probably isn’t doing us much good.

The twilight of the neanderthal