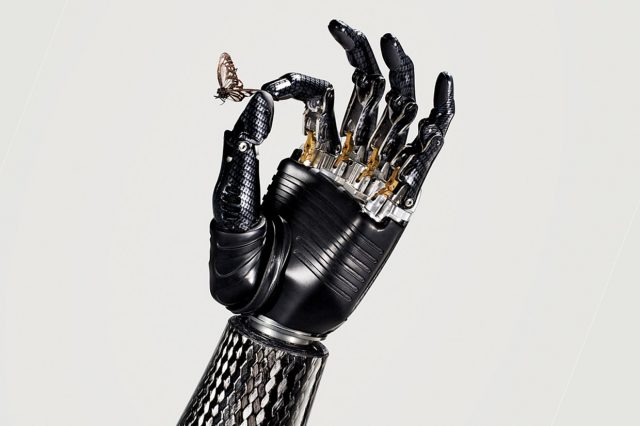 Amputees are people that have had a limb removed by trauma, medical illness, or surgery. In this latter case, it is used to control pain or a disease process in the affected limb, such as malignancy or gangrene. Nevertheless, most new amputations occur due to complications of the vascular system, especially from diabetes. It is estimated that 41,000 persons were living with a major loss of an upper limb in 2005.

Amputees have a significant loss of quality of life. The individual may experience psychological trauma, emotional discomfort, mechanical unstability, and phantom limbs. Limb loss can present significant or even drastic practical limitations and a transplant or a prosthesis are the only options for recovering. New generation of prostheses are showing amazing properties and they are based in a direct connection between the patient brain and a cybernetic hand, arm or leg. Cortical reorganization occurs in the central nervous system, but the motor and somatosensorial cortex can interact with remnant muscles of the missing limb even many years after the amputation, leading to the possibility of restoring the capabilities of hand, arm or leg amputees through myoelectrical prostheses.

The state-of-art on the reorganization capacities of the nervous system after lesions is continuously improving and changing as a result of the development of new computational tools for data analysis and new methods for rehabilitation. The combination of reorganization properties of the nervous system and its interaction with electronic components opens a new epoch for prostheses. 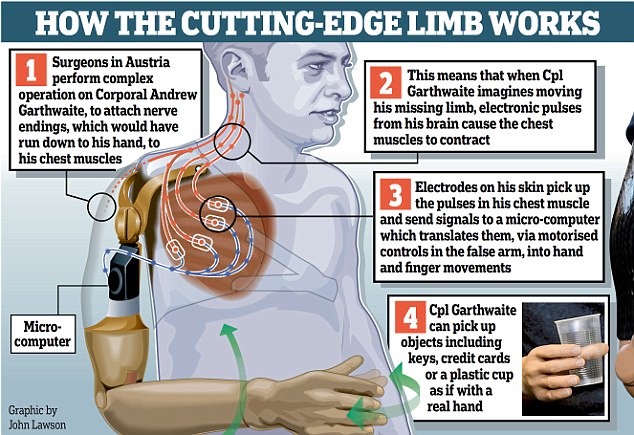 Prosthetic limbs are incredibly valuable to amputees because a prosthesis can help restore some of the capabilities lost with the amputated limb 1. Man-machine interfaces have been developed to control hand prostheses via the brain, peripheral nerves or the muscles, i.e. the neuromuscular system can be interfaced at various levels to extract neural signals that code the intended movement, via brain, nerve or muscle recordings. The first two methods are promising but they usually require invasive procedures to obtain robust performance and thus they are currently applied only in scientific research. The third method (surface electromyography) is probably the most widely used both in commercial settings and in scientific research. The user flexes muscles in their arm or chest and through this way, he controls most advanced prosthetic arms currently available. However this option is still limited since the number of muscles involved in the control of the prosthesis is scarce, there are no many commands that can be organized with these muscle movements and more dexterous maneuvers are really difficult. The first commercial products exploiting pattern recognition to recognize the movements have recently been released, however the most common control systems are still usually unnatural and must be learned through long training 2. Dexterous and naturally controlled robotic prostheses can become reality in the everyday life of amputees but this research line still requires further work.

Our limbs and hands are really wonderful «technological» equipment. Our hands can perform delicate and complex tasks such as writing or playing a guitar and, at the same time, they have the strength to grip heavy stones or withstand the impacts of an axe, if you are Basque I mean. Legs are equally impressive, enabling a person to run a marathon, swim in the sea and navigate across uncertain terrains.

A new development has recently been proposed. It is based on a sensor that registers nerve action potentials from spinal cord axons. These neural processes arising form motor neurons carry the signals to the muscles in all extremities. In test using the new prosthesis people control their artificial arm by simply imagining the movements they want to make 3. This control of upper-limb prostheses requires a man/machine interface that directly uses biological signals. 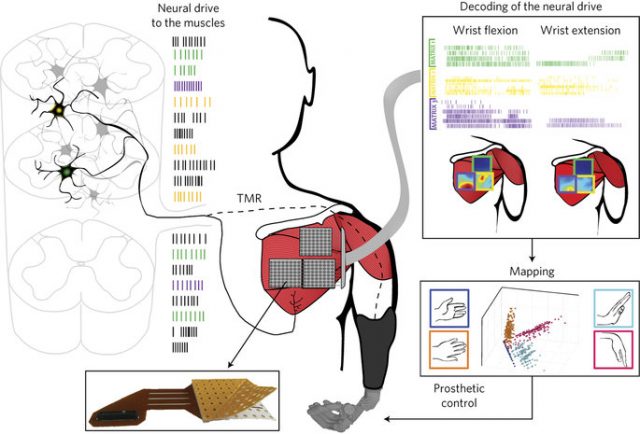 Dario Farina is an Italian researcher that has worked at the University of Götingen. He is the first author in a paper published in Nature Biomedical Engineering, a new journal, and has worked in the group of Dr. Oskar C. Aszmann, the world leader in bionic prostheses (4). They tested the new machine with six amputees from above the elbow. One of the problems is that remaining muscles in the stump have no enough strength for the sensor to pick up. Muscle interfacing is generally possible only when relevant remnant muscle tissue is available following the amputation. The higher the amputation level, the greater the need for control signals, with fewer muscles available to interface for intuitive control. Nonetheless, muscles can be denervated and reinnervated by nerves that used to carry the neural instructions to the missing limb. This procedure is known as targeted muscle reinnervation and it constituted a breakthrough in prosthetics. Thus, the solution has been to associate some nerves related with hand and arm movements rerouted to muscles in their chest. These thoracic muscles act as amplifiers of the signal, allowing a correct identification of the desired movements by the sensors. The motor-neuron behavior was identified by deconvolution of the electrical activity of muscles reinnervated by nerves of a missing limb in patients with amputation at the shoulder or humeral level. The man/machine interface has superior offline performance compared with conventional direct electromyographic control applied after targeted muscle innervation. The combination of surgical procedures, decoding and mapping into effective commands constitutes an interface with the output layers of the spinal cord circuitry that allows for the intuitive control of multiple degrees of freedom.

The authors have proven the possibility of decoding the behavior of virtually all the pools of motor neurons that physiologically innervated the muscles responsible for the movement of a missing limb and that are surgically reinnervated to other muscle tissues 4 . This decoding was demonstrated in those six patients with different amputation levels and procedures. At this early stage of the work, the participants controlled a virtual arm on a screen rather than a real prosthetic, a necessary future study. They were able to move the virtual prosthetic with greater freedom than has been achieved with muscle-controlled prosthetics. The approach is the ultimate exploitation of the targeted muscle reinnervation concept that allows spinal interfacing using muscles as natural amplifiers of nerve activity. A full clinical translation of this new concept requires online implementation of the proposed algorithms and testing the long-term adaptation of the user. People who use prosthetic limbs capable of movement may abandon them if they are too difficult to control or do not offer a useful range of movement (3). Prostheses controlled by nerve signals could be presumably the best option.

The Dark Side of Al(III) Chelation Therapy: A New Computational Hope

A phantom in the concert hall