The OECD report on obesity in Spain published in 2014 (PDF) presented worrying data: 1-in-6 adults is obese and more than half are overweight, including obesity. The percentage of obesity has grown in the last years and its prevalence is linked to educational level: men with low studies are 1.6 times more likely to be obese than men with higher education. In the case of women, the proportion is 2.4 times higher. In the case of children, the rates are also alarming, 26% of Spanish boys and 24% of Spanish girls are overweight, a percentage higher than the average in the OECD countries (23% and 21%, respectively).

Childhood obesity is a severe public health problem as it is linked to diabetes, hypertension, depression, and inflammation and all these conditions increase the risk of cognitive decline in adult life. Children with obesity are at higher risk of other chronic health problems such as asthma, sleep apnea, bone and joint problems, and overweight is a risk factor for cardiovascular disease. There are also social aspects: obese children are harassed and bullied more than their normal weight partners and are more likely to suffer social isolation, depression and low self-esteem. In the long run, childhood obesity is associated with being obese as an adult and exhibiting a concordance with different diseases and conditions such as cardiovascular disease, type II diabetes, metabolic syndrome and several cancers. Finally, there is mounting evidence that an imbalanced and hypercaloric diet may increase the risk of Alzheimer’s disease and other dementias later in life. 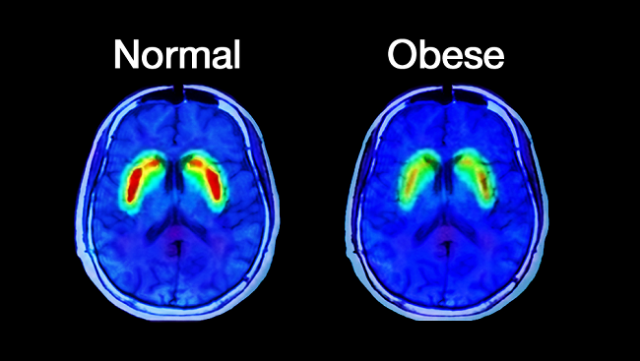 So far research has focused mainly on adults but there is growing evidence that the situation in children can be equally problematic. Recent research shows that obese children have early brain damage and it appears to be associated with attention deficit and memory problems 1. Overweight coupled with a diet rich in sugar and saturated fats affect the brain and diminish impulse control, which in turn makes it difficult for those children to resist the temptation to eat those same foods that are causing the damage, establishing a vicious circle. There are those who argue that brain alteration could be prior to excess food intake and even be, rather than the effect of obesity, its cause.

A review by June Liang and her group published in the International Journal of Obesity shows there is solid evidence to support that overweight children have a number of negative differences versus controls on issues such as executive function, attention, visuospatial ability, and motor skills 2. In other aspects such as the relationship between obesity and general cognitive functioning, language, memory, learning and academic achievement the available information is less solid. On the other hand, executive dysfunction is associated with behaviors related to obesity such as increased intake, lack of inhibition in diet and less physical activity.

One of the topics subject to discussion is whether the effects on the brain are diet- or weight-related. The Baym group performed a study of 52 children between the ages of 7 and 9 and found that children who ate more saturated fat had worse memory scores related to the hippocampus, regardless of their body mass index 3. On the other hand, a diet rich in omega-3 fatty acids improved the so-called relational memory, which helps distinguish and remember relationships between things and ideas. So it seems that diet is more determinant than obesity itself although the “perfect storm” happens when both things are combined: excess weight and a diet rich in sugars and saturated fats, which is sadly known as the Western diet.

Obese children have more health problems, they miss classes more often, they often belong to families of a lower socio-economic level and they have to face a certain social stigma, all of which can affect their school performance. This is why the studies laboratory animals, where these variables are eliminated, are important. These studies reinforce the evidence that obesity changes the structure and function of the brain.

We are beginning to understand what is in obesity or in the diet that generates brain alterations, that cause the cognitive dysfunctions and the worse school performance. Studies in laboratory animals have shown that diets rich in saturated fats and sugars weaken the integrity of the blood-brain barrier, particularly in the hippocampus. A more permeable barrier may allow more toxic substances to pass with consequent neuronal damage and the effect will be greater in the hippocampus, a key region in memory and executive function. 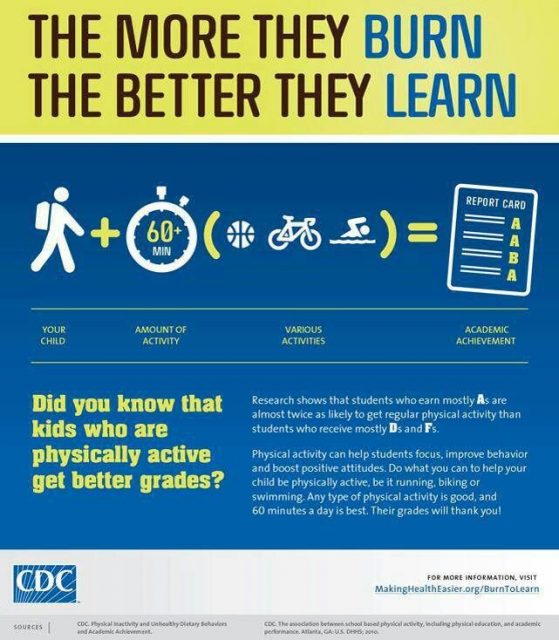 Logically an immediate question is whether this damage can be reversed. Inhibitory control can be trained to avoid compulsive eating. The same group of Liang uses computer programs in which the children see images of the typical harmful food and other objects and are asked to press a key with a “no” to indicate that they do not want that food. It seems that this practice helps later in the table to resist that temptation and eat healthier. One study with adults showed a significant weight loss compared to controls using a similar technique. The family also plays a crucial role. Parents can help their children avoid the poor choice of food if they support them instead of being too controlling or embarrass them or blame them.

There is a brain zone, the frontal lobe, which is responsible for making the right decisions, wisely, judiciously. In a certain way during childhood parents have to be the frontal lobe of their children because this region has not yet matured. We have to encourage them and congratulate them for doing things well in food, we have to control the environment of the kitchen and the dining room so that it is not full of temptations and we have to use with intelligence the organization of the menus and the size of the portions to favor an adequate food in quantity and composition.

Another key factor is physical activity, particularly aerobic exercise, which has been shown to promote executive function in overweight children. The problem is that it is not easier to get children to play sports than to stop eating candy. We need to develop strategies to increase physical activity.