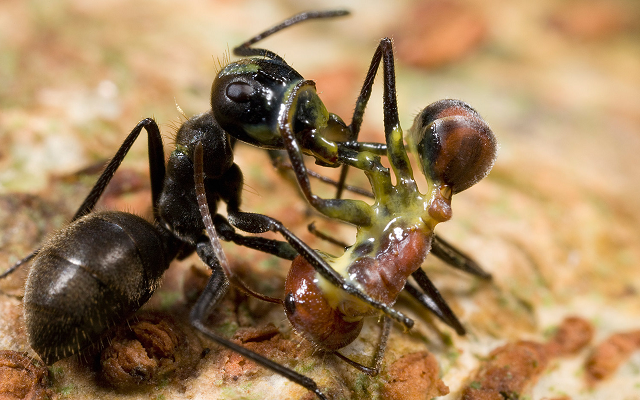 A new species of exploding ant has been found in Borneo. Female worker ants in the Colobopsis explodens species sacrifice themselves to protect their colonies from threats by rupturing a part of their abdomens and releasing a toxic substance that covers their adversaries.

The Bajau people of Southeast Asia have developed larger spleens that give them improved endurance underwater when free diving. “This is a fascinating example of how humans can, in a relatively short amount of time, adapt to a local environment,” said Rasmus Nielsen, co-author of the study.

Ravens pecking at pipes cause data disturbance at LIGO

Ravens pecking at a frost-covered pipe caused a data glitch at the Advanced Laser Interferometer Gravitational-Wave Observatory last summer. The sensitive instruments picked up an unusual signal, and an investigation of LIGO’s surroundings discovered evidence that the thirsty birds were pecking at ice that had formed on the pipes.

Mars’ moons may have formed after planet collided with large asteroid

A collision with a large asteroid may have produced Mars’ moons Phobos and Deimos. Researchers created simulations that showed an impact with an object the size of asteroids Vesta or Ceres could have resulted in the moons’ formation.