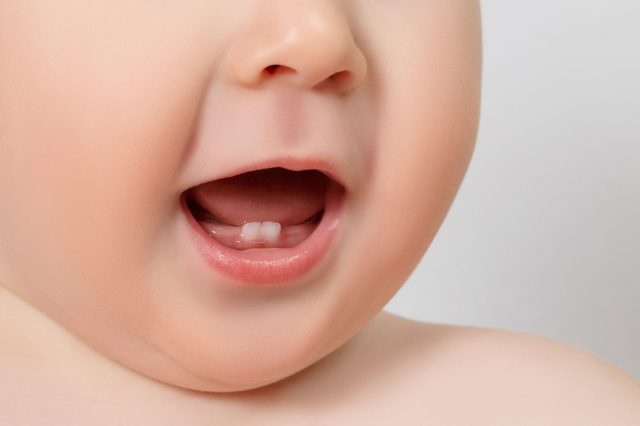 Little children with autism have more lead and less zinc and manganese than children of the same age without autism. The study has been published in the journal Nature Communications and has been carried out by a team from the National Institute of Environmental Health Sciences (NIEHS), part of the National Institutes of Health (NIH) of the United States. The researchers used monozygotic and dizygotic twins to control the influence of genetics and focused on possible environmental aspects related to metals and this disorder. The results suggest that a difference in early exposure to metals or perhaps even more important, in how the child processes them may increase the risk of developing autism.

The differences in the incorporation of metals between children with and without autism were especially noticeable in the months just before and right after birth. And how did they know? The researchers used a registry with excellent possibilities for knowing the prenatal and early postnatal environment: baby teeth. The teeth grow by depositing new layers of dentin from before the children were born and the researchers used lasers to map the growth rings generated during different stages of development in baby teeth that had fallen off. It would be the same as if we study the content of the xylem growth rings of a tree in order to obtain some information about what the environment was like in each of those years. 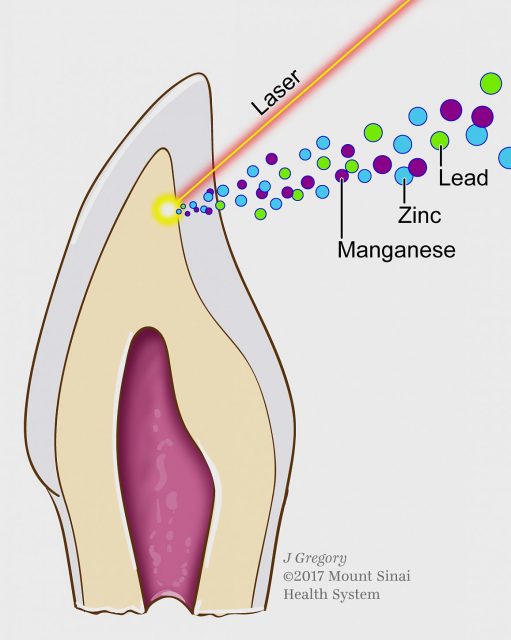 The researchers analyzed 6 pairs (5 monozygotic and 1 dizygotic) of concordant twins (both children had ASD), 7 pairs of twins (3 monozygotic and 4 dizygotic) discordant (one child had ASD and the brother, no) and 19 pairs of twins without ASD (9 monozygotic and 10 dizygotic.) In this way, they compared the patterns of metal deposition in children where only one of the two had autism, in others where both had it and in others where there was none. Researchers studied 32 pairs of twins and 12 individuals of twin pairs but where the other sibling’s tooth was not available. They also analyzed the relationship between metal levels and severity of the disorder. The differences in the incorporation of metals were smaller if the two brothers twins had autism and larger if only one of them had it. The researchers indicated that it is necessary to replicate the study in a larger sample to confirm this relationship. re metals and autism. 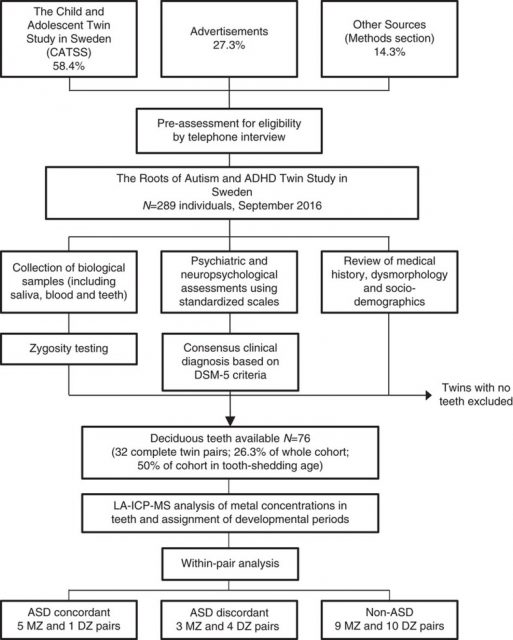 The greatest differences between the group with autism and the controls on the amount of lead were found just after birth. They also observed less manganese incorporation in children with autism both before and after delivery. The pattern was more complex in the case of zinc: children with autism had less zinc during fetal development, but its levels rose after birth, exceeding the levels of their twin without ASD in the postnatal stage. An exploratory analysis of other metals found other differences between twins with ASD and their brother without ASD. Tin levels were higher in children with ASD and this difference was statistically significant between 20 and 16 weeks before birth. Strontium was higher throughout the study period and the difference was especially prominent at weeks 22-30 after birth. Chromium was lower in children with ASD than in their control twins without ASD and this difference was greatest between 20 and 15 prenatal weeks. In total, prenatal and postnatal differences were found in six of the ten metals analyzed.

This study has multiple strengths, such as the inclusion of an informative twin sample recruited from population-based cohorts, a rigorous diagnostic assessment, and the use of direct fetal biomarkers. Limitations of the study are a relatively small non-random sample, although the sample size was adequate to uncover significant associations after stringent statistical adjustments. The twin sample represented a significant subsample (11.3%) of the total population of twins discordant for ASD in Sweden in the examined age range 1.

There was previous data that exposure to toxic metals such as lead as well as deficiency in essential nutrients such as manganese could negatively affect brain development in both prenatal and postnatal stages. Although manganese is an essential nutrient, at high doses it is also toxic. Exposure to lead and excessive levels of manganese has been associated with autism traits and the severity of the disorder. The group was led by Manish Arora, environmental researcher and dentist, of the School of Medicine at Mount Sinai (New York) (2). The researchers used lasers to extract precise layers of dentin, the hard substance beneath the tooth enamel. The team had shown in a previous study that the amount of lead in the different dentin layers corresponded to exposure to this metal during different periods of development.

Autism spectrum disorders have a clear genetic component and a clear, but less defined, environmental component. There are different circumstances in the embryonic and postnatal development of a child that increase the risk of developing an ASD, but identify what they are, what period they influence and how is their connection with the structural and functional changes present in a brain with ASD is really being difficult. The environment does not stop changing and the effects of an exposure to an agent not only depend on the quantity but also on at what age the children were exposed. Studies in animals show that the effects of various metals on brain development may be due to deregulation of neurotransmission and alterations in the frontal and subcortical structures, several of which have been implicated in ASD. Therefore, environmental and dietary exposures to metals are possible etiological factors in ASD.

Until now most studies on metals and autism were done with blood samples in children who had already been diagnosed. The new technique allows levels to be measured long before they were diagnosed and even in intrauterine development. This method will also allow the measurement of exposure to metals in other disorders such as attention deficit hyperactivity disorder.