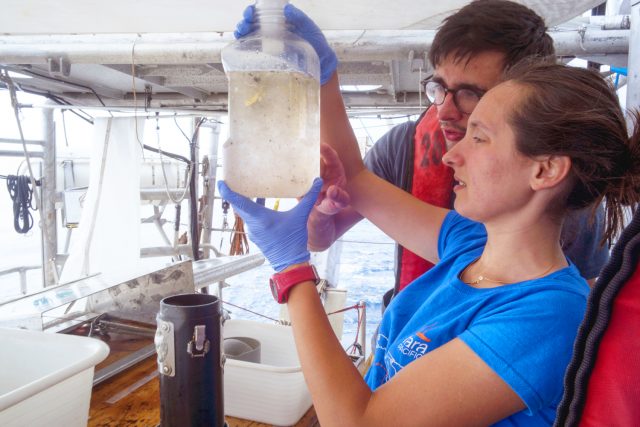 Oceanographer Maria-Luiza Pedrotti and her research team are studying the plastisphere — plastic waste and its byproducts — in the Pacific Ocean and Mediterranean Sea to identify the microbes that populate plastic and determine their biological activities to understand how they affect the food web and human health. Pedrotti has already found large amounts of Vibrio and other pathogens, and what she and other researchers learn from studying the plastisphere could help people develop ways to mitigate plastics’ harm.

Japan’s Hayabusa2 space probe snapped multiple photos of the asteroid Ryugu as it prepared to deploy two hopping rovers. The photos are displayed on the Japan Aerospace Exploration Agency website.

At a recent optics and lasers conference, researchers presented a flexible fiber-optic photoacoustic imaging device that uses a focused pulse laser to highlight tissue and spot optically induced ultrasound waves. The technology could be used in endoscopes and other medical devices as well as wearable sensors.

A large praying mantis has been spotted hunting and eating guppies at a pond in India, a behaviour not previously seen in that insect. Researchers observed the mantis’ unusual eating habits over five nights, saying it showed how adaptable its vision and hunting abilities can be.