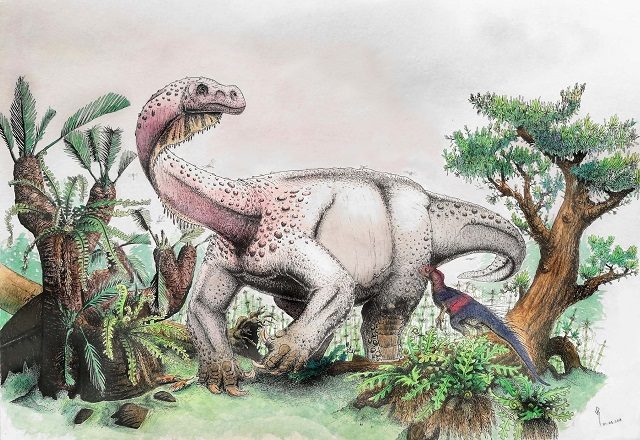 An enormous Jurassic-period dinosaur that walked on all fours with an unusual crouching posture has been described in a new study after its remains were fully unearthed last year. The 200 million-year-old sauropodomorph has been dubbed Ledumahadi mafube, which translates to “a giant thunderclap at dawn.”

Aerial laser mapping has increased our understanding of how large and complex Mayan civilization was from its Classic Period between A.D. 250 and 900 until close to its end. “Every Maya city was bigger and more populated than we previously thought,” said study leader Francisco Estrada-Belli.

Video and photos from the two small, hopping rovers dropped onto the asteroid Ryugu by Japan’s Hayabusa2 spacecraft last week offer an impressive view from the object’s surface. “Please take a moment to enjoy ‘standing’ on this new world,” said Japanese Aerospace Exploration Agency officials in a statement accompanying the video, which shows the sun bouncing off the rocks on the asteroid’s surface.

Climate change takes a toll on US national parks

US national parks are facing more extreme conditions as a result of human-caused climate change than are other areas of the country. Researchers found that park temperatures increased at twice the national rate between 1895 and 2010 and that precipitation declined significantly.