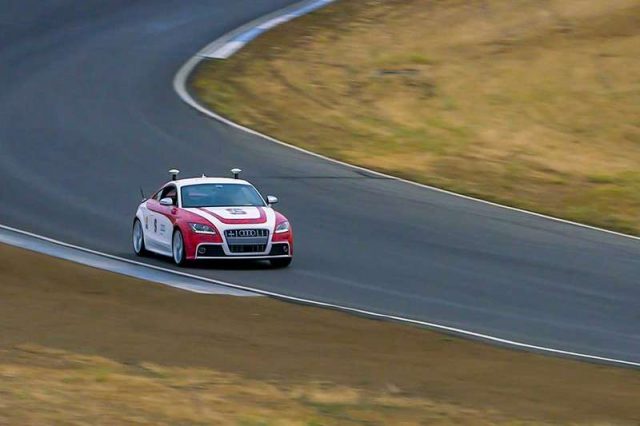 An autonomous car was trained to negotiate high-speed turns without losing control. A neural network based on more than 200,000 motion samples of driving on various surfaces at high speeds was used in the self-driving system.

The Cassini space probe’s final dive into Saturn has given researchers new insights into the planet’s ring moons: Atlas, Daphnis, Epimetheus, Pan and Pandora. The moons’ odd shapes and colors are influenced by the rings themselves.

NASA will use a simpler version of a magnetometer in place of the pricier instrument it had planned to use to examine Europa’s interior ocean with its Europa Clipper, the space probe set to launch in 2023 to study the Jupiter moon. Margaret Kivelson, who oversaw the magnetometer team on NASA’s Galileo mission to Jupiter in the late 1980s, 1990s and early 2000s, will head up development of the Clipper mission’s new magnetometer.

Research found that new neurons are generated in the hippocampus throughout an adult’s life, though the neurogenesis rate slows somewhat with age and declines significantly in people with Alzheimer’s disease. Researchers working with rodent models of Alzheimer’s have found that exercise and certain drugs to promote neuron growth can reduce cognitive decline, and focusing on stimulating the process could lead to an effective therapy.