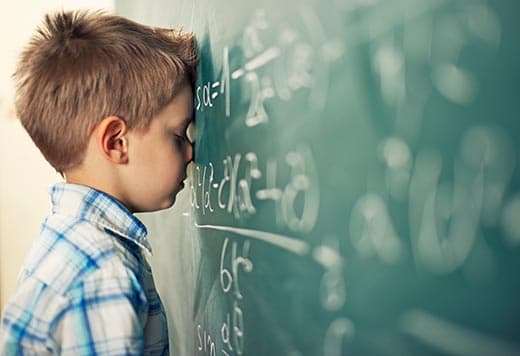 The term dyscalculia of the development was proposed for the first time in 1968 by Cohn 1 to describe a learning problem centered in the mathematical operations and in the handling of the numbers. Affected people have serious and chronic difficulties when adding or subtracting and also in the management of the calendar and clock. Dyscalculia affects between 3 and 6% of the population. It causes significant problems in academic or work performances and in daily activities. People with dyscalculia do not manage to master mathematics despite having normal cognitive skills and results in other subjects. The probability that a child with dyscalculia receives a diagnosis and support in the school is a hundred times smaller than that of a child with dyslexia, despite it is thought that the probability of being affected by one or the other is similar.

Children with dyscalculia also have a persistent inability to store in the long-term memory basic arithmetic information, difficulty in understanding magnitudes associated with words and numbers, and have a delay in learning arithmetic processes. This is worrisome since research has shown that poor management of numbers can negatively affect a person’s school and professional life.

Its impact is even more negative than that of poor literacy. In fact, it has been seen that there is a clear association between numbers and academic success, income, physical and mental health and that dyscalculia is related to the probability of having a criminal profile, evidenced by having suffered arrests or having been imprisoned. Until now it was considered that the dyscalculia was a condition of by life, a problem that could be mitigated with different strategies but of which it was not possible to leave. However, recent work published by Michels and his group 2 have shown: first, that children with developmental dyscalculia show an abnormally high hyperconnectivity in the frontal, parietal, temporal and visual regions before training; in other words, they activate too many brain regions when they try to sort the numbers. But, secondly, after a specific training, the magnetic resonances of the children with dyscalculia were indistinguishable from the control group and their mathematical performance had improved remarkably, so the authors of the study concluded that the training with the number line normalizes the efficiency and the neuronal activity that was previously aberrant and generates widely distributed changes in the brain regions involved, obtaining an important recovery.

The authors studied a group of children with normotypical development (n = 16, average age 9.5 years) and a similar group of children (n = 15, average age 9.5 years) with dyscalculia matched by age, sex, and hand preference. The children had to do a computer task at the same time they had a functional MRI, before and after 5 weeks of work with a number line training. The training was the same for children with dyscalculia and normotypics. The children practiced 15 minutes a day for 5 days a week and a total of 5 weeks using the Rescue Calcularis program. This software uses a stopwatch to control the time and the presentation of a number line that seeks to improve spatial representation of quantities and automate access to the mental number line. The objectives are to improve the association between representations of numbers in a space, the understanding of ordinality and the promotion of arithmetic skills. At the bottom of the screen there is a line that goes from 0 to 100, while at the top of the screen appears a rocket that carries a number, a sum problem or a group of points. The player has to take the rocket to a point on the line that corresponds to the number displayed, to the solution of the operation or to the estimation of the number of points present. Immediately after landing the exact position is shown as feedback.

The training includes 30 levels with a progressive difficulty. Each level includes 75 tests, which makes a total of 2250 exercises. The child goes to the next level when he has correctly solved each problem of the previous level. Failed tasks are repeated until they are correct. Therefore, one virtue of the system is that it works in an adaptive way and each child trains at his own speed and at the level suitable for him. To maintain interest and focus attention the speed of the rocket can be increased or decreased and the program presents motivational messages every time the child does very well or very badly. With dyscalculia, as in other conditions, it is important to talk with the child’s teachers and, if possible, seek specialized support. You can also do things at home, such as practicing some basic concepts and mathematical exercises. It can be done with everyday objects such as chickpeas, coins or rulers and also practice math games, or take advantage of table games that use dice.

These activities are especially useful for young children but also help to build confidence with mathematics in older children. As we do with reading, we should not think that improving a child’s math skills is the sole responsibility of schools and teachers. The early diagnosis of dyscalculia is particularly important because if the foundations of mathematics are not well established, it will be difficult to incorporate new more complex knowledge and this leads to certain frustration, to negative attitudes towards mathematics and to a general rejection of the school. A key factor, as in other disorders that affect neural development, is to initiate an early intervention when a dyscalculia is suspected. Some typical signs that can serve as an alert for parents are using their fingers to count, even for very simple arithmetic operations; have to make an effort to remember some numerical data, such as hours left; have problems using calendars and watches; present difficulties to chronologically order events from the past and to follow sequential instructions and, finally, have difficulties to learn operations and mathematical formulas.

The study with neuroimaging has allowed to know more about the neurobiological substrate of dyscalculia. An analysis of multivariate classification of data from magnetic resonance corroborate that the connectivity results of the same group allowed discriminating children who had dyscalculia or were normotypic, before but not after the intervention with the number line, confirming that an intensive training allows to normalize the functional connectivity in the activated cerebral regions, which implies a reorganization and normalization of the connections between the different brain regions involved. Cognitive deficits with mathematics should not be studied only by looking for alterations in local brain responses but also in the properties of much wider neural networks since arithmetic processing is based on the coordination of multiple brain regions. For that, it is essential to have fast and adequate connections between different brain regions for efficient transfer and maintenance of information during the processing of numbers and calculation. Although little is known about the specific anomalies in the brain connections that are probably the neuronal substrate of dyscalculia, using diffusion tensor imaging, it has been seen that the nerve tracts that connect different areas of the frontoparietal network presented anomalies and it is believed that these alterations were responsible for the difficulties in working with numbers and performing calculations. More specifically, alterations have been seen in the fibers of white matter that connect the right fusiform gyrus with the white temporoparietal substance, and in the superior longitudinal fasciculus, which connects parietal, frontal, and temporal areas. In fact, the latter seems to be affected in areas adjacent to key areas for the processing of numbers. 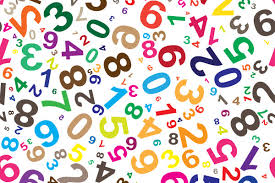 Several disorders of neurodevelopment often coincide in the same person, so children with autism, ADHD or dyslexia should be examined to verify that they do not have dyscalculia. An investigation carried out on children in elementary school found that among children identified as potentially having dyscalculia, 81% had previously been diagnosed with some other neurodevelopmental disorder. The number of children with dyscalculia is similar, somewhat higher in girls than boys. That differentiates it from other conditions that are much more common in one sex than in another. In some studies on dyslexia, for example, it has been found to be twice as common in boys as girls, and autism spectrum disorders are four or five times more frequent in boys than in girls. Dyscalculia is rarely diagnosed and has been much less understood and addressed than dyslexia. The reason for this difference may be that there is less knowledge among the teachers and that makes them feel less confident when it comes to identifying a case of dyscalculia. In addition, since it is common for these children to have another more common diagnosis, such as ADHD, this makes the latter be considered responsible for all difficulties and is also the main objective of the intervention. The result is that any learning difficulty is seen as a consequence of that initial problem with attention and to that is added a general idea that mathematics is something difficult, unpleasant, and that cannot be mastered by everyone. There is also a need for general educational policies that promote greater knowledge, diagnosis and intervention with dyscalculia. Until we are aware that a significant part of the population is affected, we will not try enough to seek explanations, support and solutions.