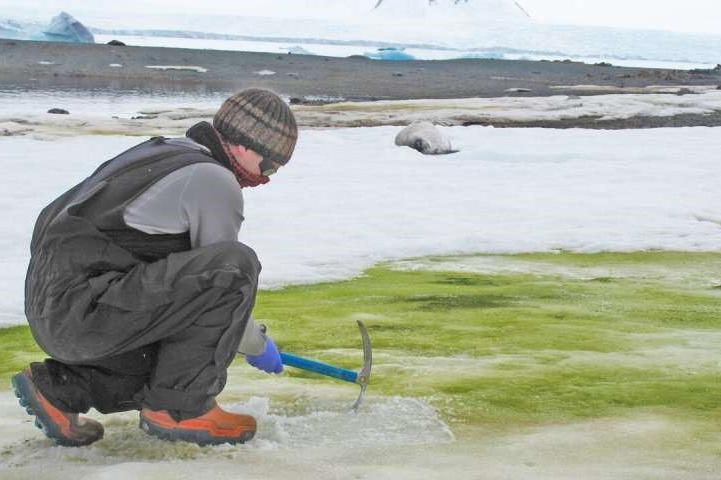 Researchers have created minuscule robots that they say could one day deliver drugs precisely to cancer cells from within patients’ blood streams. The robots, called microrollers, are spherical with a magnetic nanofilm on one half, are coated with the drug doxorubicin on the other half and can travel against the flow of blood.

Researchers from the University of Buffalo and the Roswell Park Cancer Institute suspended human pluripotent stem cells at the naive stage and infused them in mouse embryos, resulting in a human-mouse chimera with 4% human cells. The findings could pave the way for scientists to grow human organs in vivo for patients in need of transplants.

Researchers say they can control behavior in rhesus macaque monkeys by targeting particular brain regions with ultrasonic waves, and the finding could one day lead to new treatments for brain disorders. The technique “can change the activity of the neurons and also the connectivity between the stimulated neurons and their neighbors, which has the potential to return malfunctioning neural circuits back to their normal state,” says Jan Kubanek, an author of the study.

Antarctica may turn greener with algae as weather warms

Snow algae may become more abundant as global changes cause the weather to get warmer in Antarctica and turn the coast where they grow green. “Snow algae are a key component of the continent’s ability to capture carbon dioxide from the atmosphere through photosynthesis,” says lead researcher Matt Davey.

Tyrannosaurus rex would use its powerful long legs to relentlessly pursue its prey with a walking gait rather than running after it, possibly as a way to use its energy more efficiently. “The assumption tends to be that animals with adaptations for running, such as long legs, are adapted for a higher maximum speed, but this paper shows that there’s more to running than top speed,” says Thomas Holtz, a co-author of the study.