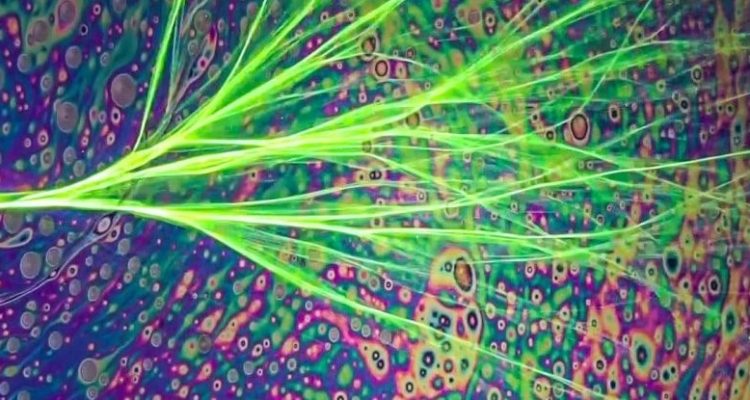 Visible light through a soap bubble branches out

Physicists have observed branching flow for the first time in visible light created with a laser through a soap bubble. Variations in the thickness of the soap membrane produce different color patterns and deflect the light in such a way to cause the flow of light to split into branches.

Several fossils of a variety of insects encased in amber dating back 99 million years have retained their colors. “We have seen thousands of amber fossils but the preservation of color in these specimens is extraordinary,” says study author Huang Diying.

Particles and gases from an asteroid impact 66 million years ago blocked the sun for decades, causing permanent winters that wiped out most of the dinosaurs. The study, which modeled geological and climate data, rules out volcanic eruptions as a possible cause of the extinction.

On 25 December 1717, a massive storm blew into the Netherlands. Powerful waves eroded the dikes that kept back the North Sea and an estimated 14,000 people drowned. After the flooding subsided, engineers took stock of the damage. Now, an analysis of the breaches combined with assessments from another deadly flood in 1953 show that salt marshes can protect dikes during storms—and how they may reduce flooding if the dikes fail.

The eyeballs of whale sharks are coated with dermal denticles, a form of teeth. Researchers say the denticles may provide an extra form of protection for whale shark eyes, which lack eyelids.