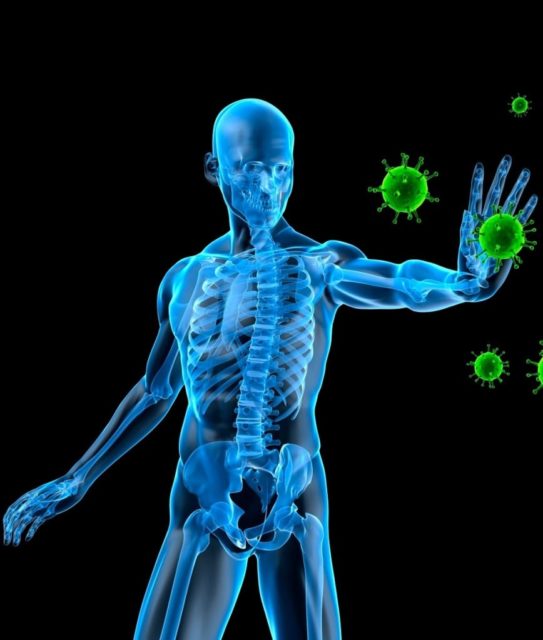 The cause of autism spectrum disorders (ASD) is not known yet, but it is clear that there is a complex interaction between many genes and many environmental factors. Autism affects not only those aspects that are used for diagnosis: social interaction, communication, and restricted and repetitive behaviors, but also many other factors related to the biology of the body.

One of the areas of greater interest in the study of the biological substrate of autism is the alterations in the immune system, the set of elements and processes that maintain the internal balance of the organism and defend us from internal and external threats. The involvement of this system, the basis of the body’s defences, in the pathophysiology of ASD is evident in studies in animal models and in humans that show maternal immune activation. Maternal immune activation is a system set in motion by infectious or infection-like stimuli that generate a cascade of alterations in cytokine levels and other immunological aspects; these changes are transmitted to the fetus and generate adverse alterations, particularly in the central nervous system.

People with ASD show, at a higher rate than the general population, allergies, asthma, and autoimmune diseases. Many studies focus on the activation or enhancement of pro-inflammatory elements such as cytokines, auto-antibodies and different populations of immune cells. Although the evidence is important regarding the multiple effectors that are activated in ASD, there is no consensus on what specific response mechanism explains the different parts of the immune system that are altered in people with ASD. In fact, recent data suggest that an underlying mechanism may be the absence of proper immune regulation.

Immune regulation is mediated by the combination of immune regulatory cell activity and the release of anti-inflammatory cytokines. Individuals with ASD have a decline in regulatory cytokines such as transforming growth factor beta-1 (TGFβ1) or interleukin (IL)-10 and also in specific cell types such as regulatory T cells (Tregs). These cells are a specialized subpopulation of T-lymphocytes that act by suppressing immune system activation, thus maintaining the system’s homeostasis and promoting tolerance to autoantigens, the cell membrane proteins that are specific to each individual and act as a “molecular identity card” so that the cells of our immune system recognize our cells as their own and do not attack them.

IL-35 is a new cytokine that has recently been shown to have immune suppressive activity. It is a member of the IL-12 family of cytokines and is released by several types of immune cells: CD4+ and CD8+ T regulating cells (Treg), dendritic cells, and regulatory B cells. The main effector mechanism of IL-35 appears to be inhibition of T-helper type 17 (TH17) cells and stimulation of Treg proliferation. IL-35 appears to be an interesting element and indeed a drop in IL-35 concentration has been seen in autoinflammatory conditions such as multiple sclerosis, inflammatory colon, systemic lupus erythematosus, rheumatoid arthritis, and psoriasis.

Studies indicate that in people with ASD, there is a deregulation in the balance between TH17 cells and Treg c cells, which could make IL-35 a key element in this dynamic, both under normal conditions and when the system becomes unbalanced. Rose and Ashwood (1) studied IL-35 levels in children with ASD and in controls of the same ages and cities. They also examined the possible association between those IL-35 levels and the severity of their autism using the Aberrant Behavior Checklist (ABC) scale, which measures behavioral disturbances.

The issue is important because in ASD many people have an immune dysregulation that can lead to brain inflammation. Interleukin-35 is new and appears to have anti-inflammatory properties, but its levels in ASD have not been investigated. The study 1 was conducted using the ELISA (enzyme-linked immunosorbent assay) technique on 30 children with ASDs and 39 neurotypical controls.

The main result is that children with ASD had significantly lower plasma IL-35 levels. Moreover, the children who behaved the worst, as assessed by the ABC scale, were precisely those with the lowest levels of IL-35. These studies fit in with previous observations where people with ASD had a drop in regulatory cytokines such as transforming growth factor beta-1 and IL-10, and where that association was also seen with the severity of the behaviors. The conclusion of the study is that regulating the expression of IL-35 may be an interesting target for the treatment of immune disorders in ASDs and to address the imbalance between pro- and anti-inflammatory signals that appear to be linked to changes in the behaviour of affected individuals.