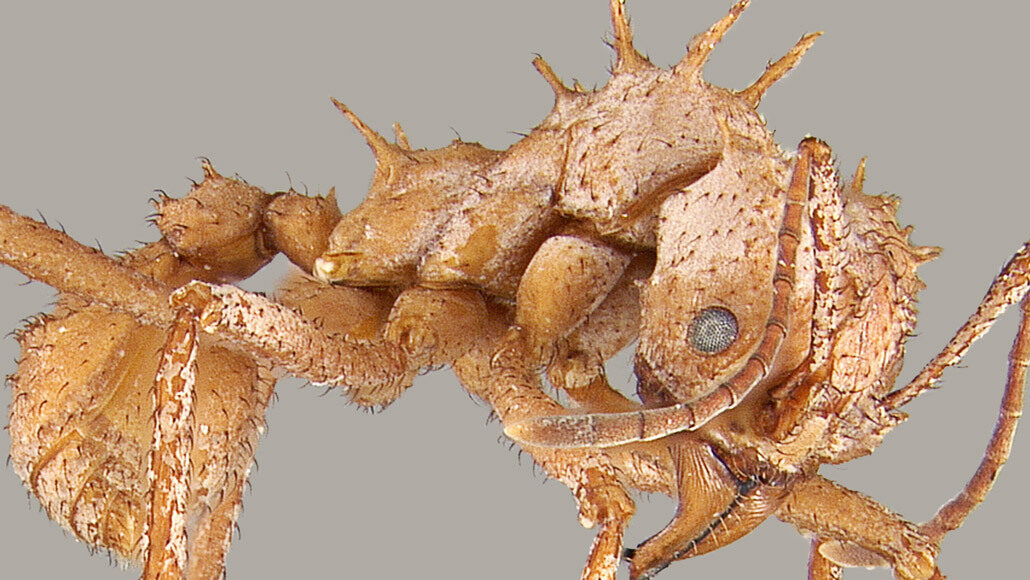 A layer of calcite covers the bodies of leaf-cutting worker ants, allowing them to take on much bigger enemy ants, according to findings published by Nature Communications. Researchers tested ants with and without the thin calcite layer and found that the mineral makes the ants’ exoskeletons at least twice as hard as those without the coating.

How and why dolphins slow their heart rates before dives

Bottlenose dolphins appear to consciously control their heart rates before they dive to keep from experiencing the bends as they descend deeper. The dolphins accomplish the change by “controlling how much blood is sent to the lungs and where in the lungs it’s sent to avoid nitrogen uptake,” says study co-author Andreas Fahlman.

Researchers have linked the expression of the DIgap2 gene, which is involved in neuronal dendritic spine formation, to memory loss levels in mice and Alzheimer’s dementia risk in humans. The findings show that reduced DIgap2 levels observed among people with quicker cognitive decline and worse cognitive health before their death.

Brown dwarf detected by a radiotelescope for the first time

Brains hunger for food and companionship the same way

The neurons that activate when people crave food are also activated when isolated people crave company. Researchers observed the brain activity of people who had fasted for 10 hours when they saw images of food, then saw that the same neurons responded when the same participants viewed images of other people after they’d spent 10 hours by themselves without social media.