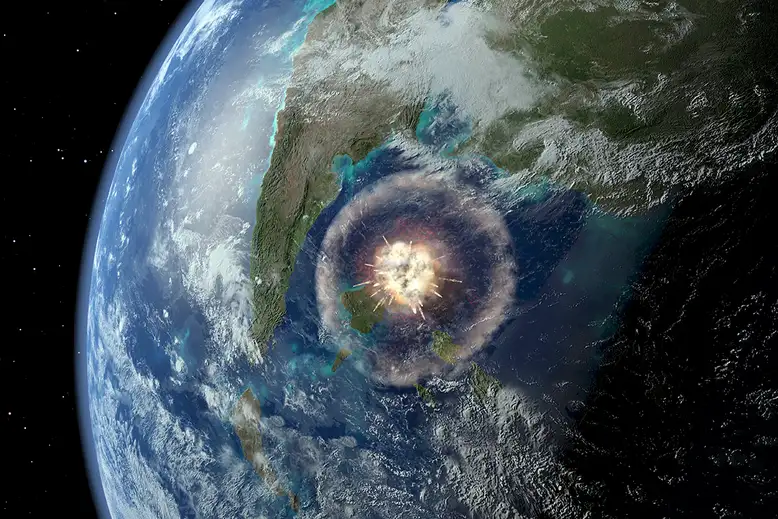 Archaeologists have found a cache of artefacts in the Kalahari Desert including a set of crystals that appeared to have been part of a collection with no practical purpose, suggesting the beginnings of a complex culture. Other artefacts included items that may have been used for water storage, and researchers say such innovations and behaviours indicate how people living inland were becoming more sophisticated.

Evidence points to an asteroid exploding over Antarctica about 430,000 years ago. Researchers say the asteroid didn’t hit the ground or form an impact crater, but the hot cloud of gas the blast created appeared to do a great deal of damage due to hot particles and vapour spreading over a wide area.

Why grasshoppers flocked to Las Vegas lights in 2019

In the summer of 2019, the number of pallid-winged grasshoppers attracted to the twinkling lights of Las Vegas peaked at around 46 million. Findings published in Biology Letters that explain how radar data was used to learn more about the event and provide regional analysis, which was helpful since previous efforts had been more localized.

Meat made from cells on spinach veins

Researchers have successfully used the circulatory networks of spinach leaves as a scaffolding to grow meat from cells. “We need environmentally and ethically friendly ways to grow meat in order to feed the growing population,” lead author Glenn Gaudette said.

The asteroid that struck Earth about 66 million years ago likely changed the makeup of the tropical rainforests of South America. Researchers say the mass extinction eliminated dinosaurs, while ash from the impact may have added nutrients to the soil that boosted growth of tropical plants, among other possibilities.