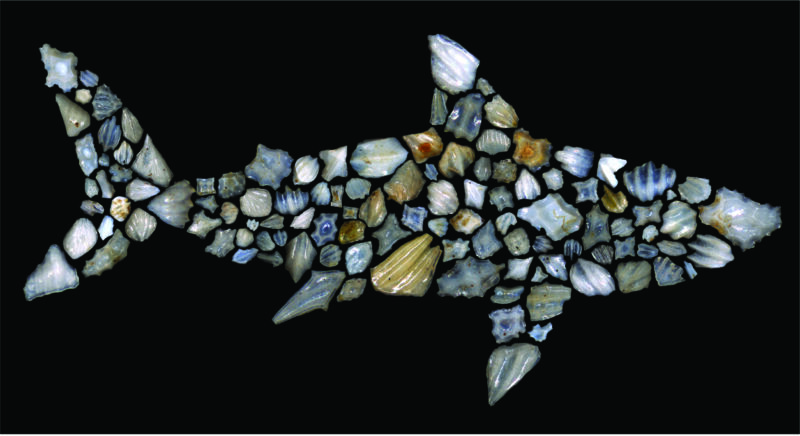 Sharks have experienced several mass extinctions over their 450 million years on Earth, but one that occurred about 19 million years ago was particularly devastating and scientists aren’t sure how or why it happened. Most sharks didn’t survive the event, causing the extinction of several species.

Thick gold veins may be tied to colloids

Thick, high-grade gold veins in rocks may be formed by the accumulation of suspended gold nanoparticles. Scientists, who used transmission electron microscopy to study gold samples from the Brucejack deposit in Canada’s British Columbia, say they found evidence of enough clumping nanoparticles to fill a rock fracture.

Water flooding out of tectonic plates at extremely high temperatures weakens rocks and may cause deep earthquakes. The water, which contains minerals, also may help form diamonds at depths of more than 300 kilometers below the Earth’s surface.

A history of frog teeth

Frogs have lost their teeth a number of times over the course of 200 million years of evolution, and today many frog species don’t have them. The teeth of frogs that do have them are tiny and likely reside in the upper jaw or the roof of the mouth, and they are probably used in the capture of prey rather than chewing.

Role of volcanic eruption 74K years ago in ozone depletion

Ancient humans may have experienced increased ultraviolet radiation 74,000 years ago after a supervolcano erupted, compromising the ozone layer. Researchers say the aftermath of the supervolcano’s eruption likely disrupted the formation of the ozone and resulted in a hole, “heightening the chances of UV stress,” possibly leading to slowing human population growth, said study author Sergey Osipov.