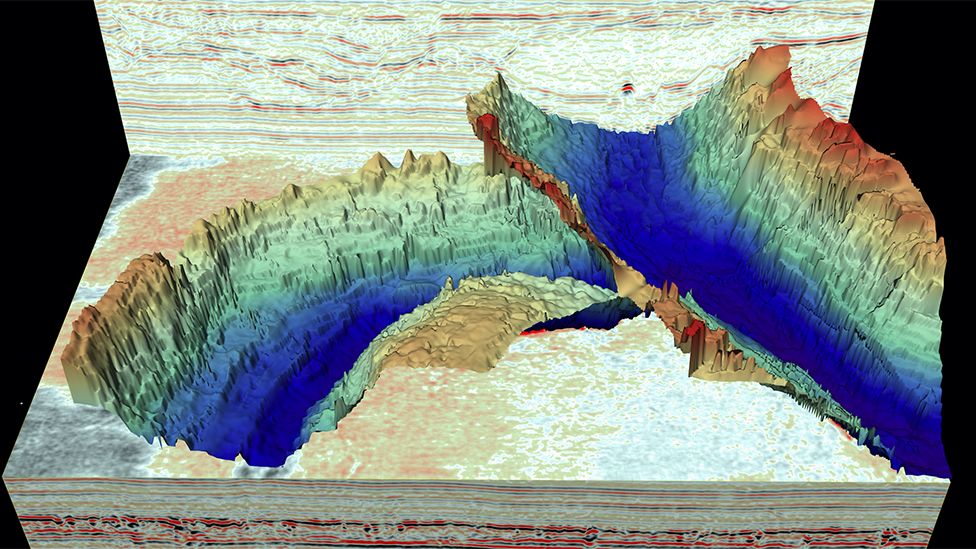 Water droplets are more abundant in clouds affected by wildfire smoke but, surprisingly, those clouds are less likely to produce rain and may contribute to drought conditions in the Western US. Scientists say the droplets inside the affected cumulus clouds are much smaller and less likely to collide with each other to produce rain than those in clouds formed under normal conditions.

Ice Age landscapes buried beneath the bottom-muds of the North Sea have been revealed in a detailed 3D seismic survey. The data show a series of tunnel valleys and may offer a glimpse of how the areas around today’s ice sheets will fare in a century or more following great melting periods.

A repeating radio signal has been detected somewhere near the middle of the Milky Way. The signal, which shows up for several weeks then suddenly disappears, shows some characteristics similar to galactic center radio transients.

A codex from an unknown pre-Hispanic civilization recorded earthquakes

Pre-Hispanic people who lived in the Americas between 1460 and 1542 chronicled a dozen earthquakes during that time period in pictograms. Researchers say pictograms in the 16th-century codex called Telleriano-Remensis may be the oldest record of earthquakes in that region.

Researchers observed Goffin’s cockatoos assembling tools and using them in a specific order to open sea mango fruit pits to get to the seeds. Similar tools have been found in the wild, suggesting that cockatoos are capable of cultural learning.