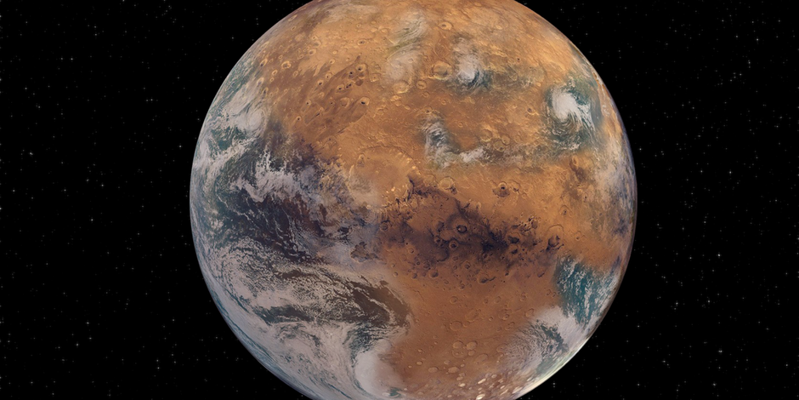 Deep canyons and valleys on Mars were likely carved by flooding caused by overflowing lakes billions of years ago. “Our results show that many Martian valleys are in fact more analogous to catastrophic floods on Earth, such as those that shaped the northwest United States at the end of the last glacial period,” said study co-author Alexander Morgan.

Volcanic activity during a 2-million-year period of the ancient Triassic Period created a humid environment that killed many animal species but allowed dinosaurs to thrive and evolve into dominating beasts, Researchers, who studied sediment and plant fossils from a lake in Northern China and matched phases of volcanic activity with changes during the period’s Carnian Pluvial Episode, say the eruptions from 234 million to 232 million years ago also contributed to the development of today’s ecosystems.

Archaeologists have found a hidden chamber inside a cave in Gibraltar that was once inhabited by Neanderthals and believe they can learn new things about how the ancient hominins lived as they examine the chamber’s contents. The chamber dates back about 40,000 years and, so far, researchers with the Gibraltar National Museum have found the remains of hyenas, lynxes and griffon vultures as well as markings on the walls.

Researchers trained a brain-machine interface to control individual finger movements by isolating brain signals from monkeys implanted with an electrode array in the cortex of their brains and encouraging them to control a hand on a computer screen. The achievement could lead to a brain-machine interface that gives people with prosthetic fingers or hands better dexterity.

A study found that reduced integrity in the locus coeruleus, a brain stem area, was associated with a faster decline in thinking and memory skills among older individuals. Researchers evaluated MRI scans of 174 adults, who also underwent PET imaging, and found that reduced LC integrity was tied to tau accumulation in the entorhinal cortex, an area of the brain involved in memory.