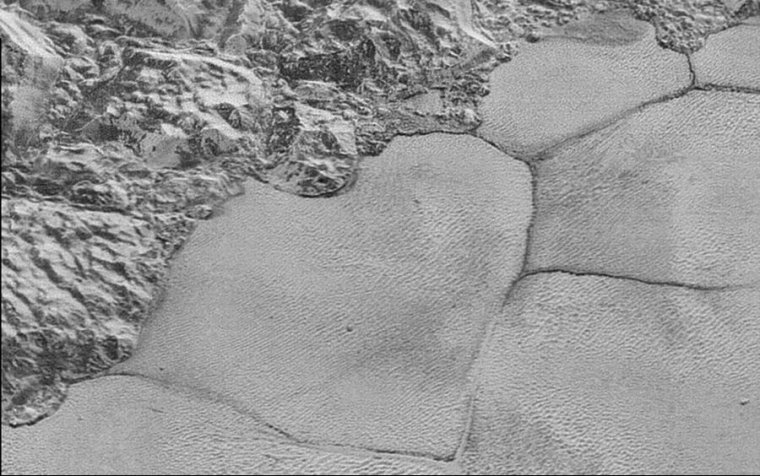 Researchers drilling into the ice of Antarctica have found close to 100 different species living in extreme conditions there. The little-known habitat is home to worms, bryozoans and other creatures that thrive in cold and dark conditions.

The weird shapes that make up Pluto’s Sputnik Planitia plains may have been formed not by convection due to heat from inside the dwarf planet but rather due to cooling on the surface. Researchers created a computer model to simulate conditions on Pluto to see how the shapes might have been formed through sublimation.

A section of muscle has been found in the human jaw that was previously unknown. The layer of muscle is part of the masseter muscle, which extends from the cheekbone area to the lower part of the jaw and is involved in the chewing process.