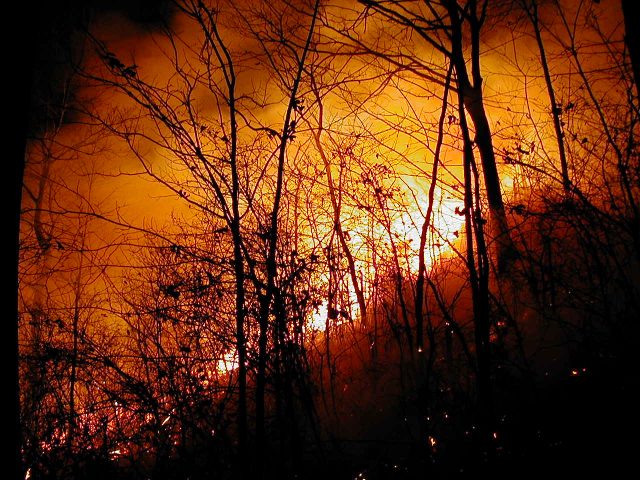 Seed germination can be defined as the restart of growth of the embryo of the mature seed. Germination depends on the same environmental conditions as vegetative growth does, water and oxygen must be available, the temperature must be suitable and there must not be inhibitory substances present. However, it is common that even in favorable conditions many seeds do not germinate. This phenomenon is known as seed dormancy and represents a delay in the germination to provide additional time for dispersal, among others, to avoid competition with the mother plant.

Seeds can be released from the plant in a dormant state (primary dormancy) or become dormant if the conditions for germination are not suitable (secondary dormancy). Both seed coat and embryo can be responsible of seed dormancy. The coat must be removed or damaged to allow the germination to take place and embryo dormancy is generally related to the presence of certain inhibitory molecules.

External factors are responsible of breaking the dormancy. For example chilling, when low temperatures are needed to germinate, light, sometimes specific photoperiod is needed or after-ripening which means that seeds water content is reduced. Typically seeds respond to more than one condition.

Fire is an intrinsic feature of the existence of land plants on earth, which provide with fuel and sufficient oxygen to support fire. The evolution of land plants and the occurrence of wildfires have gone by hand. The frequency and distribution of fires depends on climatic changes of rainfall, drying and lightning of for example ice ages. Moreover, the deliberate fire setting as a tool in agricultural practices may have imposed selective pressure for genotypes adapted to fire 1

Plants recover from fire by at least five different strategies: 1) resprouting from shoot meristems not damaged by the fire 2) serotony, in which seeds are stored for example in pine cones before being released by fire 3) break of physical dormancy by damaging seed coats that prevents germination 4) pyrogenic-flowering, which means flowering stimulation by fire typically of plants with underground storage organs and 5) smoke-induced seed germination (Nelson et al., 2012).

Seeds of more than 1200 plant species respond to smoke. The first evidence came from studies with annual species from California chaparral whose germination was promoted by burned woody material (reviewed in Nelson et al., 2012). In 2004 it was reported in a brief communication in Science the identity of a molecule present in plant-derived and cellulose-derived smoke that was able to promote germination of different plant species 2. This was an ambitious task if we consider that smoke may contain more than 5000 different compounds. The authors elucidated the structure of this compound by a combination of chromatography, mass spectrometry and nuclear magnetic resonance, revealing a butenolide (four carbon lactone) fused to a pyran ring. Firstly named as butenolide, it was then renamed as karrikinolide (karrikinolide-1 or karrikin-1 or KAR1), a traditional word for smoke in the language of the Aboriginal Noongar people of southwestern Australia. This compound was capable of inducing the germination of a wide range of fire-following species at concentrations as low as 10-10 M. Afterwards, the same research group identified five more karrikins present in smoke, being KAR1 the most abundant one and responsible for most of the smoke germination stimulatory activity 3 . It must be noted that KARs are not only present in the smoke but also in the residues that remain after burning.

To understand the mode of action of KAR1 and to discover genetic components underlying KAR1 signaling pathway and its mode of action, a screening of mutants of the model plant Arabidopsis thaliana was performed. Among these mutants, kai2, from Karrikin Insensitive 2 was fully insensitive to KAR1-promoted germination. KAI2 is an alfa/beta-hydrolase enzyme. Very recently it was published in P.N.A.S. a work by the group of Joseph P. Nelson of the Salk Institute in California the discovery that KAI2 is involved in the perception of KAR1 4

The authors cloned KAI2, expressed it in Escherichia coli heterologous system and purified the proteins by size exclusion chromatography. With the combination of X-ray crystallography, mutagenesis assays and energetic binding measurements the authors determined the atomic resolution crystal structure of KAI2 alone and in a complex with KAR1 and verified the energetic of KAR1 binding to KAI2 (Guo et al 2013). Interestingly, eleven aminoacids of KAI2 changed their conformation upon KAR1 binding, being a phenylalanine in the position 194 the one experiencing the most pronounced change and its mutation provoked a fivefold loss of KAI2 binding affinity for KAR1 (Guo et al., 2013). The overall data provides evidences for placing KAI2 within the signal transduction pathway which promotes germination associated to the perception of smoke-derived chemical signals.

Autorotating seeds: to fly or to die