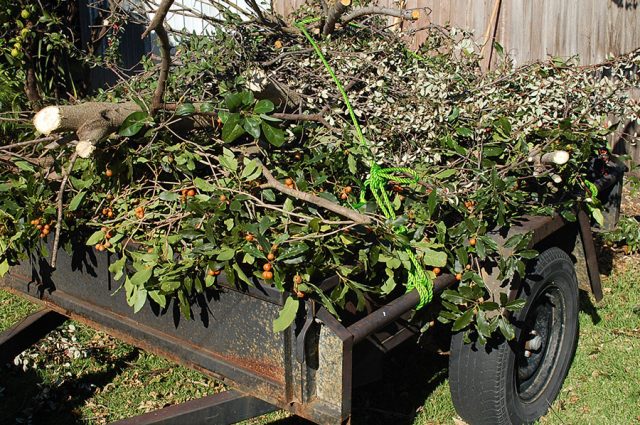 Both the depletion of fossil fuels and the environmental concerns are a powerful drive for the development of sustainable routes to commodity chemicals. Lignocellulose, comprised of lignin, cellulose and hemicellulose, is the ideal candidate, but its inherent complexity hampers its transformation to value-added chemicals. The group of Katalin Barta at the University of Groningen has developed 1 an integrated approach to transform both lignin and hemicelluloses to value-added chemicals and fuels respectively. (Figure 1).

For more than a century, our life has been shaped by the use of fossil fuels. From plastic bags to paracetamol, they all rely on non-renewable petrol sources. The use of renewable resources has been mainly limited to the conversion of cellulose to paper. But this natural polymer is only one of the constituents of plants. Hemicellulose and lignin are the other two, but they are currently underutilized. One of the reasons is that the constituents of plant-derived polymers are different to those present in petroleum. Lignocellulose derived chemicals are rich in functionality, and with high oxygen content. On the contrary, petrol contains mainly reduced hydrocarbons. Removing the oxygen from lignocellulose derived chemicals allows obtaining “petroleum-like” chemical. However, the later need of re-functionalization is ineffective from energy, time and economic point of view. (Figure 2) The key (and challenge) is to use the inherent functionality of lignocellulose derivatives. By doing so, they could enter the value chain at a higher point and thus be competitive with petroleum-derived chemicals.

Typically, lignocellulose is first separated into the individual components with the goal of obtaining high-quality cellulose for the paper industry. In such process, hemicellulose and lignin are modified, which hampers their further use and end up mostly burned as fuel. The complementary approach is also possible. With the goal of valorizing lignin, catalytic fractionation of lignocellulose has been investigated. However, here the drawback relies on the use of cellulose and the recovery of the catalyst.

With the goal of valorizing all the components of lignocellulose, the research group of Katalin Barta has devised a three-stage catalytic system centred on the use of copper-doped porous metal oxide (Cu20-PMO) as catalyst (Figure 3). The catalyst acts twice in the cycle. First, it enables a mild reductive depolymerization of lignin to aromatic alcohols (Figure 3, step 1). Despite the complex structure of lignin, few products are obtained. The nature and the percentage of the aromatic alcohols obtained (1-3G and 1-3S) depend on the wood source, but in most cases selectivity is excellent. Other depolymerization techniques typically yield mixtures of dozens (even hundreds!) of compounds. The downside of such a superb selectivity is that part of the lignin remains untouched, this is, it does not get depolymerized. Together with the (hemi)cellulose, which accounts for around 60% of the mass, remains unreacted. Moreover, the catalyst is trapped within that mixture, making its recycling difficult. Researchers solved the two problems at once by reacting the mixture in supercritical methanol at 320°C. Under these conditions, aliphatic alcohols were obtained as the main product (Figure 3, step 2). Importantly, the catalyst could be recycled and be used in another cycle. However, after four cycles the catalyst started to show fatigue, and the results in the fifth cycle were less satisfactory. The authors observed aggregation of magnesium and copper but they did not further comment on the reasons for catalyst decomposition.

In the final step of their biorefinery approach, they modified the obtained compounds with the goal of increasing their value. Aliphatic alcohols obtained in the second step of the cycle were converted to fuel range alkanes in a two-step procedure (Figure 4). First, the alcohols were coupled with cyclopentanone to yield the products which were subsequently hydrodeoxygenation (HDO) by a second catalyst. Although interesting, the economic viability of such an approach is doubtful considering the easier access, lower cost and higher purity of other biofuels such as ethanol.

More interesting is the further functionalization of the aromatic alcohols obtained in step 1 (Figure 3). The researchers applied known chemical transformations to the main product of depolymerization of pine wood, 1G. The researchers succeeded in introducing new functionalities in the lignin-derived compounds, which could be further transformed into value-added compounds (Figure 5). On top of that, the authors also speculated with the possibility of using the some of the synthesized compounds for the preparation of polymers or the synthesis of pharmaceuticals.

The work described in this paper contributes to the design of a biorefinery. Substituting petroleum-derived chemicals by lignocellulose derived ones faces several challenges. In this piece of research, one of them has been tackled. The integrated and complementary valorization of all components of lignocelluloses has been shown to be possible, at least in laboratory scale.