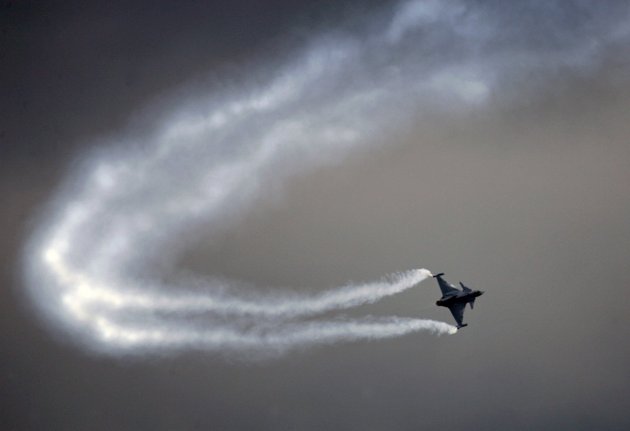 Fruit flies are capable of sharp turns, like those of fighter pilots, according to researchers studying the ways the insects evade predators. When sensing a threat, the Drosophila hydei flies can execute banked turns at speeds five times faster than when turning normally.

Researchers have confirmed the existence of the Z(4430) particle through experiments at the Large Hadron Collider, providing scientists with another piece of evidence about an as-yet hypothetical new form of matter known as a tetraquark. Now that scientists have captured the Z(4430) in the LHC, the next step will be to find out if it is a tetraquark. Doing that is no easy matter; researchers have yet to be able to execute the complex quantum calculations necessary to test the theory.

Thorium, an element named after the Norse god of thunder, may soon contribute to the world’s electricity supply.

An Egyptian-like sarcophagus found in Israel

A sarcophagus bearing the sculpted likeness of a slender face and a scarab ring etched with an Egyptian pharaoh’s name have been found at Tel Shadud, an archaeological dig site in Israel, offering insight into a time when the area was governed by pharaohs. Researchers believe the sarcophagus may have held the body of a local Canaanite official who worked for Pharaoh Seti I, whose name was inscribed on the scarab ring found alongside the sarcophagus.

The mechanism behind platelet production