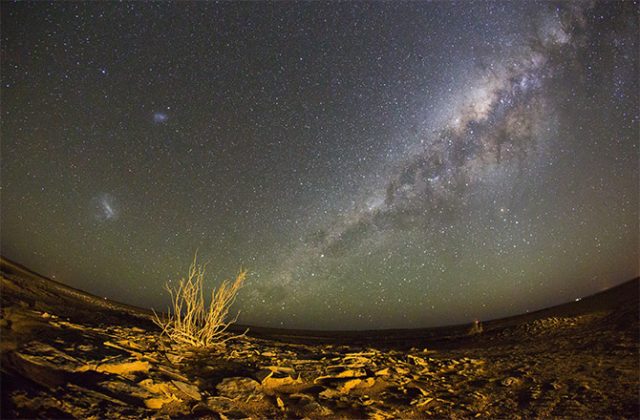 A ring of stars surrounding the Milky Way may, in reality, be part of it, increasing the galaxy’s size by 50%.

Two species of bats have been found hibernating in caves considered too warm for the practice, a find that challenges long-held assumptions about hibernation. Not only do the two species of mouse-tailed bats hibernate in the warm climes of Israel’s Great Rift Valley caves, they are doing so with warm body temperatures, researchers say.

Scientists have found the first evidence of hydrothermal activity outside of earth on Enceladus, one of Saturn’s icy moons, raising the chance for alien life to be found, according to a study published in Nature. Using data collected over the past 10 years by the Cassini space probe, scientists believe the plumes of dust released by the vapor spewing from Enceladus is silica, which could only have formed under specific circumstances, indicated the presence of hydrothermal activity.

Ancient anthropod had flaps that later evolved into legs

The fossil of ancient anthropods that lived about 480 million years ago show the creatures had flaps that helped them steer, breath and move through the water. The flaps on Aegirocassis benmoulae, which belongs to the anomalocaridid group, eventually evolved into legs on modern-day anthropods such as crabs and lobsters.