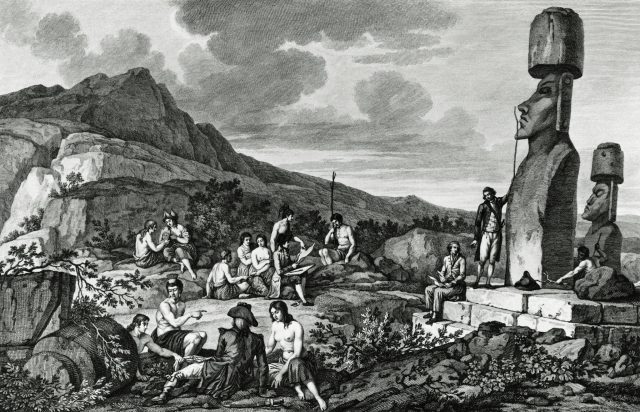 Ancient Easter Island inhabitants had no contact with outside people before Europeans came in the early 1700s. “They are 100% completely Polynesian ancestry as far as we can see,” said study author Pontus Skoglund.

An ancient extinct salamander dined on a frog right before it died 34 million to 40 million years ago, according to researchers examining its extremely well-preserved fossil. In addition to the frog bones in its gut, researchers found a large amount of preserved soft tissue, including skin, a lung, nerves and its digestive tract.

Researchers have found a way in the lab to produce bryostatin 1, a molecule only found in small quantities in a sea creature called Bugula neritina. Bryostatin 1 has been used in clinical trials to treat such things as cancer, Alzheimer’s disease and HIV.

European Space Agency satellites are providing details about the thickness and movement of the Dotson ice shelf in Antarctica. An altimeter instrument on one of the satellites provides high-resolution elevation information that shows the ice shelf is thinner than thought and includes a surface depression and an underside canyon.

Genetic variants associated with varied skin color of people in Africa have been found in a genome study. Researchers examined 1,570 study participants throughout Ethiopia, Tanzania and Botswana, and found several variants that accounted for 29% of skin color variations.