A preterm baby is one that is born prematurely, a minimum of three weeks before the expected date of delivery or, in other words, before the 37th week of pregnancy. Premature babies, especially extreme premature babies, have a high risk of suffering from nervous system problems, especially cerebral palsy, neurodevelopmental delays, and hearing and vision deficits. 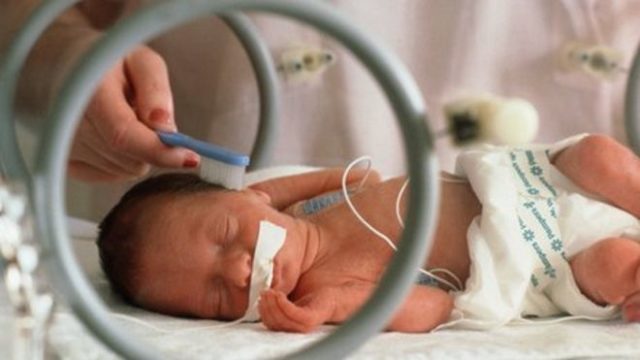 Although we have made great progress in the care of preterm infants, a neonatal ICU, despite the technological advances and the exquisite care of the biosanitary professionals, does not achieve the optimal conditions and the perfect regulation that exist in the uterus. One of the doubts is the acoustic environment. Despite the work of neonatologists, the baby is surrounded by the noises of the machines and people that keep him alive, while inside the mother, he hears her heartbeat and her body sounds and also reverberations of the environment in which she moves.

Music affects the brain positively, is key in our lives and is linked to sensations of pleasure and emotions. It is a universal phenomenon, with music in all cultures and at all ages. That is why it has been seen whether music could be of help in these early stages of postnatal development in premature children.

Previous studies have considered the effects of music on premature babies and have found that it generates a stabilizing effect on cardiac and respiratory rhythms, reduces the number of episodes of apnea and bradycardia per day, improves basal energy expenditure, facilitates better nutrition, get weight gain and achieve a more mature sleep pattern. Despite this positive outlook, the results are often misleading. A problem is the number of variables including the type of music (instrument, live or recorded, duration, style…), the duration of the application to the baby of the music treatment (usually a few days), the gestational ages at the time of the birth and in the period of intervention and the variables analyzed to measure the effectiveness of the music, be it a behavioral observation or objective measures such as variability in heart rate.

The study conducted by Lordier and colleagues and published in the Proceedings of the National Academy of Sciences of the United States of America 1 has focused on the impact of music on the brain development of premature babies. Twenty-four full-term and 39 pre-term children enrolled in the University Hospital of Geneva participated in the study. The researchers divided the premature babies into two groups: the first, beginning at the gestational age of 33 weeks, listened five times a week eight minutes of a soothing music recording using headphones. The music had been specially composed for the research and consisted of a relaxing background, bells, harp and punji, a type of flute. The headphones were put on the child when he was waking or awake but not while he slept, so as not to disturb the rhythm of sleep. The session was done only while the child was lying in the crib and not in the arms of the parents or during clinical interventions. The other group was simply exposed to the typical environmental sounds around them and acted as a control group.

Non-invasive neuroimaging techniques allow us to see changes in the development of the premature brain. A promising technique is the functional magnetic resonance imaging (resting state) that allows the identification of functional networks on a large scale, showing fluctuations in the BOLD signal fluctuations (blood-oxygen level-dependent) a labeling that goes together with brain activity. Previous studies had found that the spatial location of the networks is similar in preterm and full-term infants, but nevertheless, the former showed less complex connections in different groups of networks: intramodules, interhemispheric, intermodules and thalamocortical.

The researchers defined a circuit of interest formed by 11 nodes and 16 connections. Within this circuit, three modules were distinguished. The first was formed by the superior frontal, medial, auditory and sensorimotor networks. The second module was formed by the thalamus, the precuneus and the right posterior temporal gyrus. The third was formed by the orbitofrontal cortex, the posterior cingulate cortex, the posterior cortex and the left posterior temporal gyrus. The salience network, formed by the insula and the cortex of the perigenual anterior cingulate, acts as a hub that connects the three modules and is distinguished as a connection point in the scheme of the circuit of interest. The thalamo-salience network connectivity has been the only one to be significantly linked to cognitive function at 2 years of age. It is considered a tremendously important brain network in the search for early biomarkers of later neurodevelopment in preterm infants.

In the study of the Swiss group, the scanners confirmed a weaker connectivity in particular in those areas involved in sensory processing and in areas that predict cognitive ability. One of them is the salience network. This circuit is believed to facilitate the detection of internal or environmental stimuli that are relevant and helps coordinate the brain regions that are responsible for launching an appropriate behavioral response.

When the researchers compared the two groups of premature babies, they found that the cognitive and sensory networks of children who had listened to music had greater connectivity than the same networks in premature children who had not heard music. The connection was much greater between brain networks that had previously been seen to show a decrease in preterm infants: the salience network with the frontal, auditory and sensorimotor networks and the network of the salience with the thalamus and precuneus networks. There was no difference in module 3. This intervention, listening to music, seemed to stimulate the brain of the premature baby to develop patterns of connections and activity that looked much like those of a healthy baby born at term.

The effects of music are not restricted to the areas involved in hearing but extend to those involved in memory, attention and emotions. Newborns respond to musical sounds which suggests that there is something innate in our relationship with music.

Musical anhedonia, not everyone likes music

Music, maths, language… and the brain