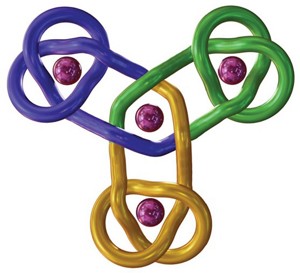 Researchers studying social behaviors of mice have identified that competition among the rodents was tied not only to social status but to the activation of neurons in the brain associated with feelings of ambition, decision making and rank. Results of the study, published in Nature, could be used to alter the animals’ competitive ability by controlling the neurons.

A fossil first collected in 1988 at a site in southern California has now been identified as a carnivorous saber-toothed creature that lived during the Eocene epoch, 55.8 million to 33.9 million years ago. Paleontologists studying the pristine, razor-jaw bone originally thought it belonged to a species known as “false saber-toothed cats,” but a new study now suggests the fossil belongs to a new carnivore species, Diegoaelurus vanvalkenburghae .

A cutaneous leishmaniasis vaccine being developed at Ohio State University prevented both the disfiguring skin lesions and parasite reproduction in mice. The vaccine was created using CRISPR to delete the gene that codes for centrin in a live Leishmania mexicana parasite, and the researchers are working on a version of the vaccine to prevent visceral leishmaniasis, which has a high fatality rate.

Researchers discovered that the relationship between heart attack, stroke and high cholesterol might not be as strong as previously believed. The study found that lowering low-density lipoprotein cholesterol (LDL-C) through statin use had an inconclusive and inconsistent effect on cardiovascular disease outcomes.

With 12 crossovers and 378 atoms, a team of scientists at the University of Manchester spent three years perfecting the creation of a record-breaking knotted molecule known as a trefoil of trefoils triskelion. “The most important feature of the work is not really the complexity of the knot, but rather that it’s such a large, extended, essentially 2D array of well-defined crossings,” said project researcher David Leigh.