Photoreceptor degeneration is one of the most common causes of partial as well as total blindness. However, one of its “positive” -or at least, not so negative- characteristics is that, while light-sensing photoreceptor cells in the surface of the retina are damaged, the inner retinal cell layers and the central visual pathways remain intact over an extended time period. This fact has been used for a while as a target in the research of a variety of vision restoring techniques such as gene replacement therapy12, stem cell therapy3 or optogenetics45. Fundamental for all of these approaches is also the finding that inner retinal cell layers remain preserved not only in humans but also in mouse models67, that have facilitated research on this problem. 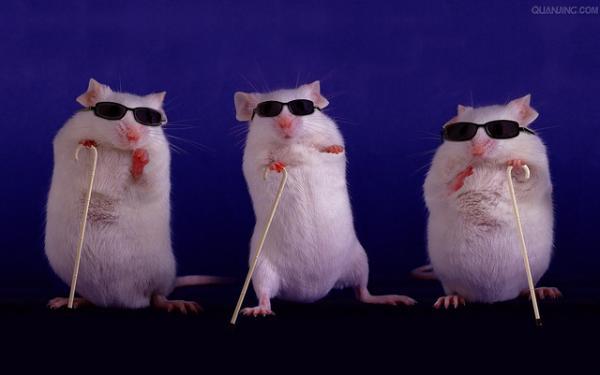 Optogenetics is not the only technique that relies on the use of a modified virus to “infect” cells. As we already know, viruses infect their hosts by introducing their genetic material in the cell nucleus, where the cell is forced to make copies of the virus that otherwise would not be able to reproduce by itself. This is the basis of gene therapy: for a while already, scientists have been taking advantage of this natural process and manipulating it in order to carry out the selective introduction of genes in certain cells. The viruses used for gene transfer are genetically modified so that they will introduce the desired genetic material into the DNA of the host cell while, on the other hand, they will not induce virus copying. Despite being a relatively novel technique, it has already led to the development of genetically modified oncolytic viruses that are showing promising results in the treatment of several diseases including various types of cancer8.

In the case of optogenetics, genetically modified viruses have been used to introduce previously modified genes that encode light-sensitive proteins into the surviving, healthy cells from the inner layers of the retina, turning such cells into “replacement light sensors”. When research on this techniques started, it was excellent news for those suffering from any type of blindness in which a few vision cells remain intact. However, the first results obtained were somewhat discouraging as they showed that cells in which such proteins had been introduced this way, still needed the presence of extremely strong light (which might be harmful to the extent of damaging the eye) in order to be able to react to it, thus making the technique useless: despite its very promising theoretical potential, its practical applications had not been completely developed yet. Until now.

In order to overcome the limitations described above, the authors of an article9 recently published in PLoS Biology have created a novel engineered protein and they report to have successfully managed to restore the vision of blind mice under normal intensity daylight conditions. With this aim, they designed an engineered light-sensing protein called Opto-mGluR6 that was subsequently introduced in the surviving vision cells by a modified virus whose genetic material encodes it. For this task, the researchers used a recombinant adeno-associated virus (rAAV). AAV is a well-known virus that infects humans and primates, but it causes a very mild immune response and is not known to cause any disease. This is one of the reasons why it is widely used in gene therapy (Fig. 1).

The protein Opto-mGluR6 is made up of two different parts: one of them comes from the light-sensing retinal pigment melanopsin, which is present in all vertebrates. This protein is activated by moderate daylight, as opposed to the laser light intensities that were required when similar experiments were carried out with other proteins in the past. Melanopsin is also highly resistant to bleaching by strong light and allows successive light activation without a response rundown. The researchers decided to use it as its reintroduction into the eyes of mice with retinal degeneration had already shown to restore their pupillary light reflex; besides, these mice also showed increased sensitivity to room light. The higher sensitivity demonstrated by mice in which this protein had been tested in the past, showed to be very promising for vision restoration that may be applicable to humans1011. The second component of this tailor-made protein comes from mGlu-R6, a protein that is already involved with sending light signals from the photoreceptor cells to the brain. By coupling these two fragments of proteins that are already present in vertebrates, the researchers also made sure that the novel protein is “invisible” to the immune system, so that it will not be rejected by the organism in which it is introduced, thus making it more likely to become a suitable therapy for humans.

One in 300 people will, at some point in their life, suffer from complete or partial blindness as the light-sensing cells in their eyes degrade due to different causes such as age-related macular degeneration, diabetic retinopathy or other conditions of the eye, with all the stress and physical impairment it involves. Hopefully, these promising results will set the basis for further research on optogenetics that will move things closer to being able to reverse this problem for people who progressively have their retina surface cells affected while deeper cells remain healthy, making them eligible to undergo this treatment in the future.

Viruses at the edge of life