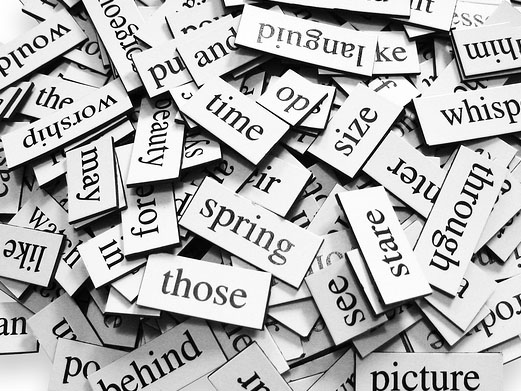 A language is a communication system that is based on the development, acquisition, maintenance and use of a series of vocal tools that allow the exchange of information between different people.

All healthy human beings, with a normal development, learn how to use a language. Children learn the language or languages that are around them, all of which have sufficient exposure during childhood. The first language does not require direct teaching or specialized study but according to Darwin in The Descent of Man is something that we all acquire by “an instinctive tendency”.

The average vocabulary of a child of a year and a half is around fifty words, but from that point will expand that skill dramatically, producing expressions of two words first and then short phrases, which will increase in grammatical complexity and lexical richness, in a process very marked by environmental conditions.

In 1995 a book by Betty Hart and Todd Riesley entitled Meaningful Differences in the Everyday Experience of Young American Children 1 found that three-year-old children belonging to families of high socioeconomic status had heard 30 million words more than children from the poorest families.

The authors constructed a longitudinal study where graduate students spent one hour with families every other week for four years. They observed the quantity and type of words spoken by parents to children from birth to four years of age. They picked three groups of parents. The first set was formed by professional families. These included professors from the University of Kansas as well as some lawyers and doctors. Then they picked another group of working class families. Finally they picked a group of families that were receiving government benefits (“welfare”). They decided to count the use of the spoken word by parents. Television words did not count. There were 42 families in each group. They cross-tested observers for observer neutrality. One of the main findings was that a child in a professional family hears 48 million words by the age of four whereas a child in a welfare family hears 13 million. A second result was that a child in a professional family hears 6 positive encouragements for every negative prohibition. A child in a welfare family receives two prohibitions for every positive encouragement. It was called The Early Catastrophe.

The impacts show that while socio-economic status was predictive, quantity of words and particularly the ratio of positive to negative were far more significant. The welfare children had an average IQ of 75 and the professional children scored around 119. The working class families scored 99. The IQs were roughly the same when they revisited the children at age 19.
The belief of the authors was that all sets of parents were trying to do right by their children. The professional parents were trying to help their kids to develop analytical skills based on frequent questions and discussion of abstract ideas. They were trying to teach their children the skills that they thought were important to success in life. On the other hand, the welfare parents were teaching their kids the necessity of following orders, fitting in with group expectations, and exhibit respect for superiors. Given the characteristics of workplace expectations for workers at the top and the bottom of the job scale, both parent groups were trying to help their children cope with the worlds that they knew in their own lives.

The authors believe that this creates an ongoing cycle of economic inequality. Moreover, they think the distinctions are going to become more problematic as our society continues to discount manual labor while putting increasing weight on to the symbolic analysts. The authors suggest that we need to spend a lot more money on early childhood intervention and on parent-coaching. It is not an easy task: to get a welfare child to hear as many words as a professional child, a caseworker would need to spend 61 hours per week in the home of a child.

The Early Catastrophe implied, according to the authors of the study, that children, from as early as three years of age, showed a fundamentally different neurodevelopment, trajectories that would mark their educational future, their success academic and their socioeconomic potential. 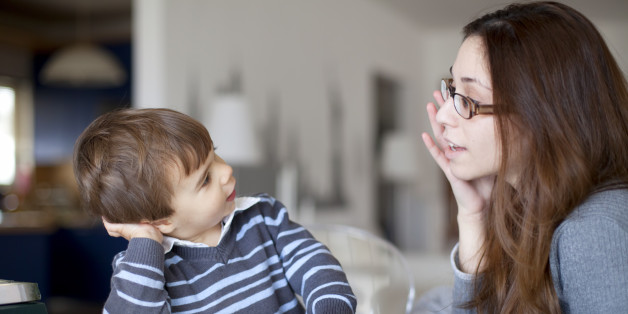 Nowadays most parents know that talking to their children is good for their development but a recent study by MIT 2 whose first author is Rachel Romeo has explained how to do it so that it really has a positive effect on the child’s brain growth. Much better than just letting them out words or showing them letters or cards in the hope of improving their vocabulary, the most effective is to perform what are called “conversation turns”, a good chatter in which at least the child and an adult participate. The important thing is not to talk to your son but to talk with your son. It is not to let go of words but to start a conversation with him. If they want to promote an optimal language, good literacy and a communication proficiency for the rest of their lives, parents should talk with their children as they would talk to an intelligent adult, not as if they were babies or in a condescending way.

Currently there are many games, applications and programs aimed at filling that gap and expanding the vocabulary of children from the start 3. However, this 2018 study has shown that trying to flood the brain of children with thousands and then millions of words is leaving out of the equation a key factor in neurodevelopment: interpersonal relationships, social interactions. The MIT article shows that parents should perhaps talk less and listen more. The group has studied children from 4 to 6 years old and has concluded that the number of words spoken by adults does not affect brain function, that what really makes a difference is the number of turns in the conversation, and this regardless of the economic or educational level of the parents.

Children who participated in the study were given a recorder that registered all the words they heard or said. In the analysis of these recordings, attention was paid to conversation turns, or, in other words, vocal exchanges between an adult and the child. The main result of the study was that the number of shifts showed a high correlation with the scores of the children in a series of tests on the language. It also showed a high correlation with the activity in the Broca area, the cortical region that is responsible for speech production and language processing, when the children were studied with neuroimaging activity while being read a story. These correlations were much higher than those that were measured between the number of words heard, test scores and brain activity. The summary is that the conversations of the parents seem to greatly influence the biological growth of the brain in their children.

The study found that while children from wealthy families were exposed to more rich vocabulary, children from poor families who like to chat had language skills and brain activity similar to those of children of higher socioeconomic status. The message is that we should encourage parents, from all social classes, to interact with their children, including chatting with babies, repeating the sounds they make and copying their facial expressions. It is a relatively simple action, but also specific, something that can always be promoted and that is available to all families.

The idea of learning through social involvement and emotional ties fits well with other research on how children learn language. Babies have to learn by observing and imitating adults with whom they are closer, which explains that simple activities such as singing or cuddling are much more effective than high-tech applications to improve neurodevelopment. At a later stage, a primary learning tool is play, for example imaginary roles with other children or with parents.

Conversing also requires more complex cognitive skills than just talking or just listening. According to MIT researchers, having a conversation causes children to have to practice understanding what the other person is trying to say and also how to respond appropriately. It is much more interesting than simply attending to what they are saying. The conversation, that duet in which the two parties show their interest, generates the language processing skills that children need.

T cells could be key for early Alzheimer’s detection