Nobel-laureate Pierre-Gilles de Gennes allegedly once said of nuclear fusion: “We say that we will put the sun into a box. The idea is pretty. The problem is, we don’t know how to make the box“.

Indeed, the task is challenging in a way that even surpasses the stringent design of world-famous LHC (Large Hadron Collider, CERN), the giant of scientific research that confirmed the existence of the Higgs boson in 2013. The ITER project and its successors will probably be the largest engineering achievements of mankind during the 21st century. With the present series of articles we will gain an insight into what are the particular problems faced by a project which is, together with renewable energy sources, called to alleviate the unavoidable energy crises of the future.

We must start going back to 1991, at the Joint European Torus (JET) in Oxfordshire (UK). After forty years of preparations and preliminary experiments, controlled nuclear fusion was about to be attempted for the first time in history –uncontrolled reactions were already successful decades ago in H-bomb tests. Inside a torus-shaped vessel, an electric current of 3 millions of Amperes was induced into the gas rotating inside the vessel, heating it up until it became a stable stream of plasma. Giant magnets were used to provide the 2.8 Tesla magnetic field required to maintain plasma floating around without touching the walls.

Then, less than 0.2 grams of tritium were shot inside the plasma and magic happened: during one second, the production of energy peaked to the megawatts (MW) levels 1. The handful of hot (fast) neutrons produced during that nuclear fusion produced energy enough as for running a small town. Controlled fusion energy with Deuterium-Tritium (DT) was a reality… except for the “detail” that less energy was obtained from the reactor than it was required to initiate it.

A video from the French Tore Supra reactor, similar to the one used in JET (Commissariat à l’énergie atomique, 2006).

Initially an acronym for International Thermonuclear Experimental Reactor (I.T.E.R.), the name ITER is now sold as meaning “the way” in Latin, in an attempt to put distance between it and the negative or belligerent connotations of the three T.E.R. words.

ITER’s objective is easy to understand and hard to achieve: building the first 500 MW nuclear fusion reactor capable of operating sustainably for 8 minutes, that is, producing more power than it is injected into it. In particular, energy gain of Q=10 is the pursued performance. Note that 500 MW is just half the installed power of a typical fission nuclear plant (e.g. Ascó in Spain has two reactors of 1000 MW each), but fusion reactors are still experimental technology.

Even after the funding problems faced throughout the 2008 financial crisis, the schedule 2 maintains that the first plasma will be created by 2020, and then the world-largest nuclear reactor will be used to perform experiments such that by 2030-2050 the technology should be mature enough for planning commercial reactors. In fact, a second generation reactor is already planned (project DEMO), which is intended to provide 2000 MW of power continuously, thus surpassing current fission reactors.

At present, controlling a thermonuclear reaction to produce electricity represents such an outstanding challenge that no single nation is able to produce it. Just like in the SciFi bestseller Contact (by infamous Carl Sagan), building a gigantic machine seems to be one of the few ways of putting most industrialized nations hands on and collaborate with each other: China, the European Union (EU), India, Japan, Korea, Russia and USA have all signed the collaboration agreement and have been working for years in this direction. Hard to believe as it may be, the project origins go back to an agreement between USA and the Soviet Union in 1985, still during the Cold War. After all, the eventual consumption of all oil supplies and the strategic advantages of not depending on oil are facts that not even politicians can ignore.

The idea is that each partner nation designs and constructs small portions of every component of the machine, such that in the future all of them will have the know-how to build commercial reactors. “Fusion for Energy” is the agency that represents EU in the project and is located in Barcelona (Spain). The placement of this operation center seems to be the only assignation to Spain after France won the call, in 2005, for candidate placements for the main ITER facilities. At present, construction works have already began in the Cadarache Research Center, near Nice (France).

Nuclear power is the most important energy source in Nature. Our sun and all the other stars shine during the most part of their lives just because of nuclear reactions at their hearts. Throughout direct radiation, sun energy reaches the Earth and heats the oceans, making possible the existence of snow, rain and rivers. In addition, it is the ultimate source of all biological energy, since glucose is synthesized in green plants via photosynthesis.

Hydrogen, the most abundant element in the Universe, is the basic component of most stars like our sun. In its basic flavor, or isotope, it consists of a single proton, which attracts one electron thus forming the simplest electrically-neutral atom (1H). 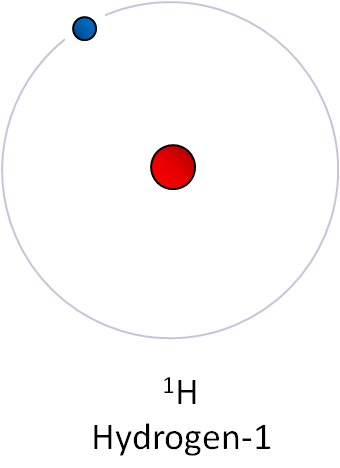 Massive amounts of Hydrogen exist out there in the cosmos. Eventually, its own gravitational force makes gas to accumulate, for example as gaseous giant planets. If we keep adding Hydrogen, at some point the inner pressure at the center of the body makes its temperature to rise up to 4 million degrees (4 MK), the requirement for a thermonuclear chain reaction to start. This is how stars are born and start shining.

The particular way in which this reaction occurs in sun-like stars is called the pp-chain mechanism. As said above, it requires high temperatures in order to Hydrogen to become plasma, where nucleuses separate of electrons and all become a vibrant cocktail of protons (p) and electrons. In spite of the strong electrical mutual repulsion of protons, high temperature leads to velocities high enough as for proton-to-proton (pp) collisions to occur sometimes.

In this process, two protons (the nucleuses of two 1H atoms) firstly collide with each other, fusing into a Deuterium nucleus. Deuterium (2H) comprises only one proton (with positive charge) and one neutron. The electric charge is conserved because of the emission of one antielectron (or positron), which carries the missing positive charge. Deuterium nucleuses, which are stable, eventually collide with other 1H nucleuses, fusing into a new element: Helium (3He). In the process, energy is released as gamma rays and as kinetic energy. The rest of the process is not of our interest here, but it turns out that light Helium (3He) ends up fusing with other elements and generating the more common 4He isotope.

Unfortunately, this chain is good for stars but both fusion reactions, 1H+1H and 2H+1H, are impractical as energy sources on Earth since the conversion of two 1H atoms into Deuterium is extremely unlikely: from the (already improbable) collisions of two protons, less than 0.1% lead to Deuterium, with two protons emerging again in the remaining cases. Only due to the vast amounts of material and the heavy gravitational contention concurring at stars it becomes possible that our sun converts millions of tons of Hydrogen into Deuterium every second.

So, scientists found out that 4 million degrees are not enough if we want to perform fusion here on Earth: a more efficient fusion reaction occurs between Deuterium (2H) and Tritium (3H), two different isotopes of Hydrogen. Instead of millions of tons of gas, as it is heaped in a star, we can run a reactor with just a few grams of this fuel. The price to pay: it must be heated up to hundreds of millions of degrees. And of course, we must keep the mix well-controlled inside some sort of container, which we will see is not easy.

In this scheme, Deuterium and Tritium collide, fusing into a Helium nucleus (4He). The extra neutron is expelled at a very high velocity (14.1 MeV of kinetic energy), corresponding to the loss of mass during fusion. Heating water with those fast (or hot) neutrons is the goal of a thermonuclear fusion reactor.

Where can we find the fuel for this kind of reactors? Well, Deuterium is relatively abundant: 0.016% of Hydrogen on Earth is Deuterium. So we have metric tons of them in the oceans, in the form of heavy water. It’s not radioactive and there exists no risk in its handling and storage. Tritrium, on the other hand, is radioactive and there is virtually none of it on Earth because its half-life is of only 12 years. It can be synthesized in other nuclear reactors and is commercially available at present in products like self-powered lights.

In spite of being the most-favorable fusion reaction for building a practical reactor on Earth, temperatures exceeding 100 millions of degrees are required to initiate it. In comparison, the surface of the sun is at 6000 ºC, and its core at less than 16 MK. So, de Gennes’ “box” has to be robust enough to keep inside material 10 times hotter than the center of the sun. Once the fusion starts, part of the extra kinetic energy produced with each fusion heats the rest of the plasma, thus it reaches a point at which the plasma becomes self-sustained. Controlling this process is still in the limits of the current state-of-the-art, and that’s the reason ITER needs to be constructed to allow further experimentation.

Before getting into the technical details of how scientists are trying to overcome the immense difficulties arising in ITER, it becomes unavoidable to anticipate some rejection of some sectors of the population towards any technology with the “nuclear” word in it. This is especially true after the 2011 accident in Fukushima, a complete disaster which is still far from be controlled after two years of efforts.

However, fusion reactors are essentially different from fission reactors like those in Fukushima or any other existing nuclear plant, for a number of reasons:

In subsequent posts we will describe all sorts of technical difficulties and peculiarities that surround the construction of ITER: robotic manipulators and electronics that must support huge magnetic fields, radiation-resisting walls… nobody said putting the sun in a box was easy!

One way Google’s cars localize themselves

ITER: Engineering challenges of putting the sun into a box (Part 2)