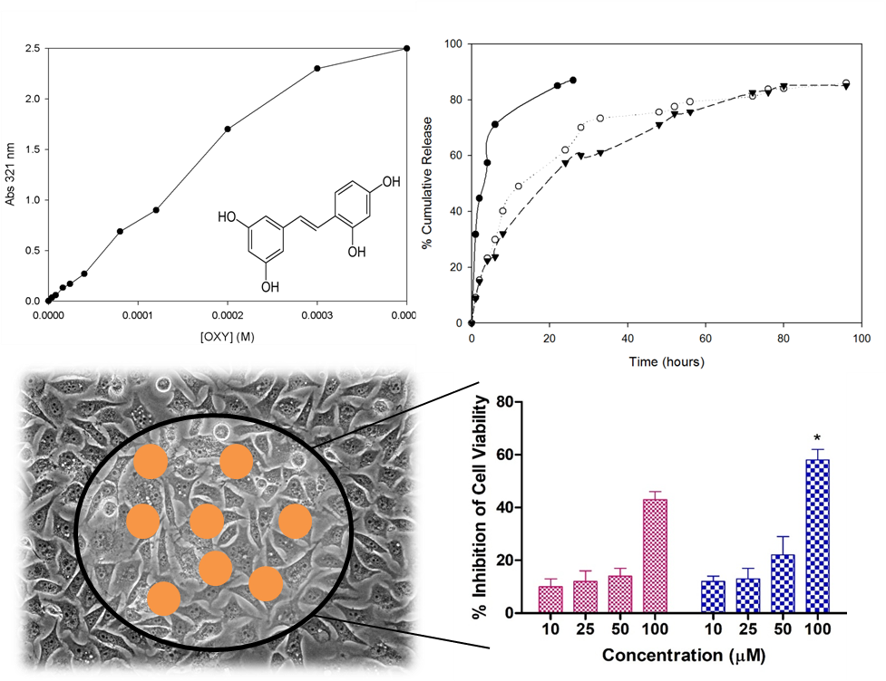 The last articles of one of us (Matencio) [1,2,3,4] were about the different uses of a complexing agent called cyclodextrin (CD), a torus-shaped oligosaccharide made up of α-(1,4) linked glucose units, the most common CDs being α, β and γ-CD, which contain six, seven and eight glucose units, respectively (although CD derivatives also exist). The applications with this commonly used matrix are significant and considerably improves bioactive compound’s characteristics such as its solubility or a controlled release. However, depending on the application a slower release is desirable (for example, to get a better dosage).

In this sense, an interesting matrix appears after CD modifications, CD-based nanosponges (CD-NS, Fig. 1), which are innovative cross-linked polymer structures with a three-dimensional network 1 with a crystalline and amorphous structure, spherical in shape and possessing good swelling properties Some applications of these polymers include i) increasing the apparent solubility of poorly soluble drugs, ii) modulating drug release and activity, iii) protecting drugs against several agents, iv) enhancing bioactivities, v) the ability to absorb contaminants, vi) drug delivery, etc.. Cross-linking CDs brings benefits to CD-NSs compared with the respective native CDs. In general, CD-NSs are able to form complexes with a series of different molecules due to their structure. Another important property of CD-NSs is that they are insoluble in nature; hence they can be easily recovered from aqueous media and recycled. Finally, they are also no toxic 2.

This time, we are going to speak about their capacities 34 to increase the bioactivities of oxyresveratrol (OXY), an stilbenoid which exhibits a wide range of biological activities, including antioxidant, antiviral, anti-inflammation, anti-obesity, cholesterol lowering, hepatoprotection, neuroprotection and photo-protective effects 5.

Classic insoluble CD-NS [7] were used to form complexes with OXY, obtaining also a novel way to evaluate their apparent complexation constant (KFapp) a parameter very used for CD but not used for CD-NS due to technical difficulties, which makes this fact an interesting step in CD-NS field. Several approximations were taken into account: i) the macroscopic cavity of polymer was considered and ii) as the complex is also insoluble, the variation of OXY concentration on soluble part was used to obtain the complex formed, following a 1:1 equilibrium:

On the other hand, the in vitro release also showed a better dosage of OXY (Fig. 2) because OXY is released slower from the complex. Even, the in vitro digestion (where stomach and intestinal digestion were considered) shower a protection of OXY thanks to complexation. These data pointed the possibility to use this type of polymers to increase some capacities of OXY.

When we analyzed in cellulo its antiproliferative effect against cancer cell lines (Fig. 3: A Prostate, B and C female and male colon respectively), we obtained very interesting results: i) the complexed drug inhibited better the growth off the cell lines than free drug, which was in accordance with our initial hypothesis and ii) the female cell line (Fig. 3B) was more sensitive than male cell line (Fig. 3C), suggesting possibly a gender effect of OXY. But in summary, the complexed drug always presented better activities than free drug.

In another study [7], a new type of CD-NS was used to complex also OXY but compared with Resveratrol, the most popular stilbene. Both stilbenes were complexed with similar strength using traditional techniques, as suggested the KFapp, calculated previously for insoluble CD-NSs. Among all the parameters compared, the photostability of complexed drugs was higher than free drugs under UV exposition but, the most interesting were the results of antioxidant capacity (Fig. 4) which showed an increase of the antioxidant capacity of the complexes than free drug at same concentration, suggesting higher accessibility of complexes drugs.

To sum up, we can conclude that the same matrix cannot be the most appropriate for different applications. In this case, CD-NS are a good alternative when we are looking for better dosage. On the other hand, the findings as a whole represent the viability of the complexation of drugs in CD-NSs and the use of OXY as an ingredient in nutraceutical products.

LSD as a therapeutic agent for autism