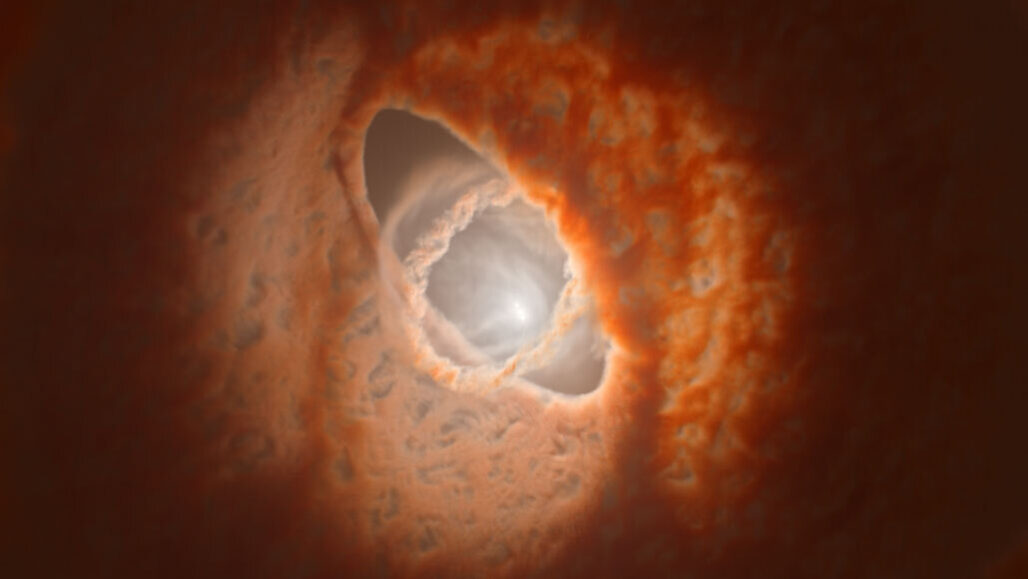 Faraway star trio surrounded by 3 rings of dust and gas

Three unusual rings of planet-forming gas and dust have been detected circling a trio of stars in the Orion constellation, about 1,300 light-years away, according to studies in Science and Astrophysical Journal Letters that have differing views on how the configuration came to be. One team says the planet-forming disk was distorted by gravitational forces caused by the stars, while the other study suggests the configuration was caused by a newly created planet.

The true size of the megalodon shark has been calculated for the first time, with researchers using fossil teeth as a guide. Adult megalodons would have stretched about about 18 meters long and tipped the scales at close to 48 tons.

An international team of researchers has discovered transition-metal oxides allow energy to be stored within the metal rather than traditional metals that see lithium ions move in and out or convert their crystal structures for energy storage. The research could lead to smaller, more powerful batteries that can rapidly charge items like smartphones and electric vehicles.

Hematite on the moon, are you kidding me?

Hematite, an oxidized kind of iron that typically forms in the presence of water and air, has been detected on the moon, and researchers aren’t sure how it got there, but they think Earth is somehow involved. “More hematite on the lunar nearside suggested that it may be related to Earth,” says study author Shuai Li.